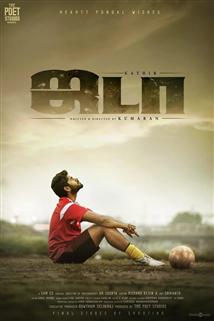 This Mishmash Of Genres Results In A Wavering Outcome!

A half baked sports drama

Kathir who has been choosing good scripts has landed in a wrong project with Jada. He has done justice to his role and performed earnesty but the script lets him down. There is no scope for him to perform even in the so-called emotional scenes. Yogi Babu's comedy tests our patience, the rest of the actors also failed to score.(more)

The characters lack depth and do not succeed in connecting with viewers. The mandatory hero-villain face-off is forced and leaves no impact. Cinematography and music are two aspects which make some of the scenes watchable.(more)

Whether pure genre or a mix, what matters is the writing. And that's all over the place. The football itself is reduced to a lesser version of the game we saw in the first half�(more)

A generic, supernatural revenge-drama masquerading as a sports film

The film abruptly finds its resolution, but the questions don't. What happened to the coach's son? What's with the heroine, who appears for five minutes in the first half? What happened to the other bad guy? Or in broader terms, what does it say about a film, when you walk in expecting a gritty sports drama and come out taking solace in the not-s-bad horror thrills?(more)

An interesting first half and a confused second half make Jada a middling affair!

This film once again brings to the fore the performer in Kishore and if there is some takeaway in the film, it is his scenes that come during the flashback. Kathir has done his part well. He has been choosing his scripts properly and giving his best each and every time. You can see him raising the bar constantly and this film will show him in another dimension, that we have not seen before. Roshini Prakash looks too fancy to be shown as a girl living in a northern Chennai sub-urban locality. The scene between coach Elango and his son was heart-warming. There are a couple more moments that will connect with the audience on a personal level. Those are the positive sides of Jada. (more)

Jada is made with hefty intentions, but does not live up-to the expectations.

The horror elements looked rather too forced, loses focus and staggers away from the hype the film created in the first half. Technically the film has great assistance from the talented Sam CS, his BGM is brilliant especially through some of the gritty scenes. Its almost like watching two different movies, the supernatural section was made with honest intentions, but often when trying to do something different the direction takes a toll and Kumaran too falls prey.(more)

A Confused Plot Made Bearable By Great Editing And Sound

Jada would serve as a clear example of how the post-production phase can spruce up a weak plot and hold it together. Right from the addition of dialogues in dubbing to restrained usage of CG to skillful editing and impactful sound, everything made the film bearable.(more)

Jada is a confused mess that lacks a proper script and narration and is neither a sports drama nor a horror thriller and falls between two stools.(more)

Neither 'scores' nor scares

Well, Kumaran might have attempted to make Sudani From Nigeria-like film, but ends up with a frustrating supernatural revenge-drama.(more)