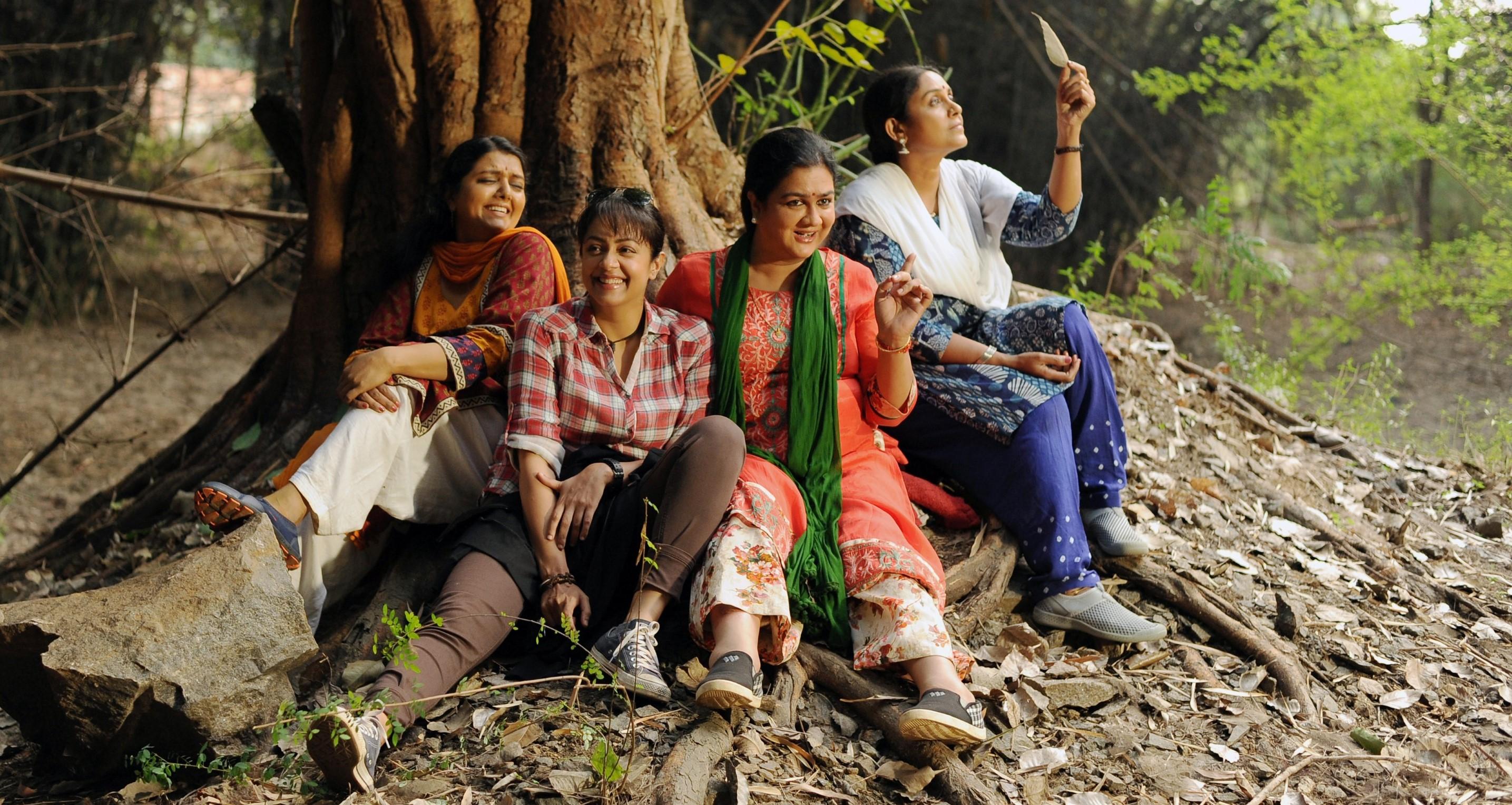 A movie that says, not preaches, �live life for yourself as much as you live for others.� (more)

Magalir Mattum is a celebratory journey of womanhood!

The film's writing is very much confined, focussed and strong, and that is when you remember that this film is written and directed by Bramma, who gave us an impactful Kuttram Kadithal. You get to meet different characters through the journey of Magalir Mattum, who give you various experiences. Even after coming out of the film, the characters, Prabha, Goms, Rani, Subbu, stay in your heart. The director doesn't preach and that is the best part of Magalir Mattum. While you travel through the movie, you understand and realise about the women around us and their lifestyle. (more)

This Jyothika film is message-heavy yet heartwarming

Magalir Mattum isn't a bad film. It's a much needed departure from hero-worshiping and it couldn't have come at a better time. Jyothika is good for most part but her cuteness turns annoying after a point. Her expressions aren't natural and one can sense she's trying hard to put up a show. Nevertheless, she holds the film together with her strong screen presence. She is well supported by Urvashi, Saranya and Bhanupriya, and it's a shame they're not being used effectively by other filmmakers. If only better roles were written for them, Magalir Mattum won't be one-off outing for them.(more)

The film's set-up is quite filmi, more Hollywood indie movie than rooted drama. The film doesn't care much for realism, unlike Bramma's earlier effort, the hard-hitting Kuttram Kadithal, and remains content with amusing us. Not that there is anything wrong in a movie aspiring to be a wish-fulfillment fantasy, but the plot points here are somewhat predictable � a son who realises how badly he has been treating his mother, a husband who finally admits that his wife deserves better, flashbacks to show us the friendship that existed between the three women...(more)

An imperfect but heart-warming tale about women

We all have faced moments where our mothers preach, annoy and complain. But there are also several moments of happiness and love and at the end of the day, you love them. Magalir Mattum is like that. Go watch it and take your mom along too, you won't regret it.(more)

Worth watching for Saranya, Banupriya and Urvashi and some genuinely touching emotional scenes.

The director's idea of liberating the middle aged women is by getting them drunk, prancing around in a village costume where anyone can hug anyone and a tiring long jeep ride with nothing much happening. Banupriya's Hindi speaking family background is as unconvincing as the character arc of her son Pavel . After setting up the story to a certain extent of interest in the first half, the second is a complete let down as nothing the screenplay falls flat. (more)

Women to the fore

The men in the film, though, get a raw deal. Nasser is portrayed as insensitive ("keep women where they have to be," he says) while Pavel's change-of-heart in the end seems to be more like a consolation prize. The filmmaker does try balancing them with a few good men, but Magalir Mattum always positions itself as a torchbearer of its female leads. Like Jyotika's earlier woman-oriented 36 Vayathinile, there are messages here and there � and that bogs down the film a bit � but the camaraderie between the women is reason enough to head to the theatres.(more)

Jyothika's emotional drama is a joyride

Bramma's writing and the character arcs of Rani, Subbu and Goms might resonate with every household. She could be your mother, aunt or sister. Which could also be the reason why you tear up when a significant character is guilty of treating his mother badly. Maybe that's how Bramma wanted it to be remembered.(more)

Magalir Mattum is the feel-good factor, the chemistry between the four actresses Urvashi, Bhanupriya, Saranya Ponvannan and Jyothika and the climax twist. But what goes against the film are the melodramatic, over-stretched flashback scenes of 70's, men being conveniently less defined and the fact that director Bramma seems to be carried away by the fact that he has Jyothika as heroine and has to give her all the swag and mannerisms of a big star. (more) 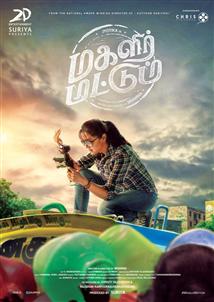