Although Bansali's direction is reasonably good or perfect, one has to admit that his excessive creativity, commercial style and a one dimensional take on Bajirao has spoiled this film to some extent . ran veer has give his best but to just portray Bajirao as a psychotic warlord does not suit the real hero Bajirao. Priyanka and Ran veer have done justice to their characters . music is really good but sometimes the songs do break the smooth flow. (more)

Bajirao Mastani was a visual spectacle with astounding art direction. The Cinematography was very pleasant and from within these elements Ranveer shone like a king, which he actually was, but with the Acting of such great scales he could do wonders. Other Casts did a very decent work. The shortcomings of the Screenplay gave way to trembling moments, loosing grip. The Performances and the Cinematography saved many more of those moments. The Direction was a little more than adequate. 3 stars for the Performances (and special mention of Ranveer Singh), Superb Visuals. (more) 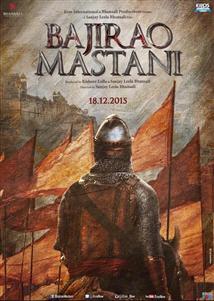