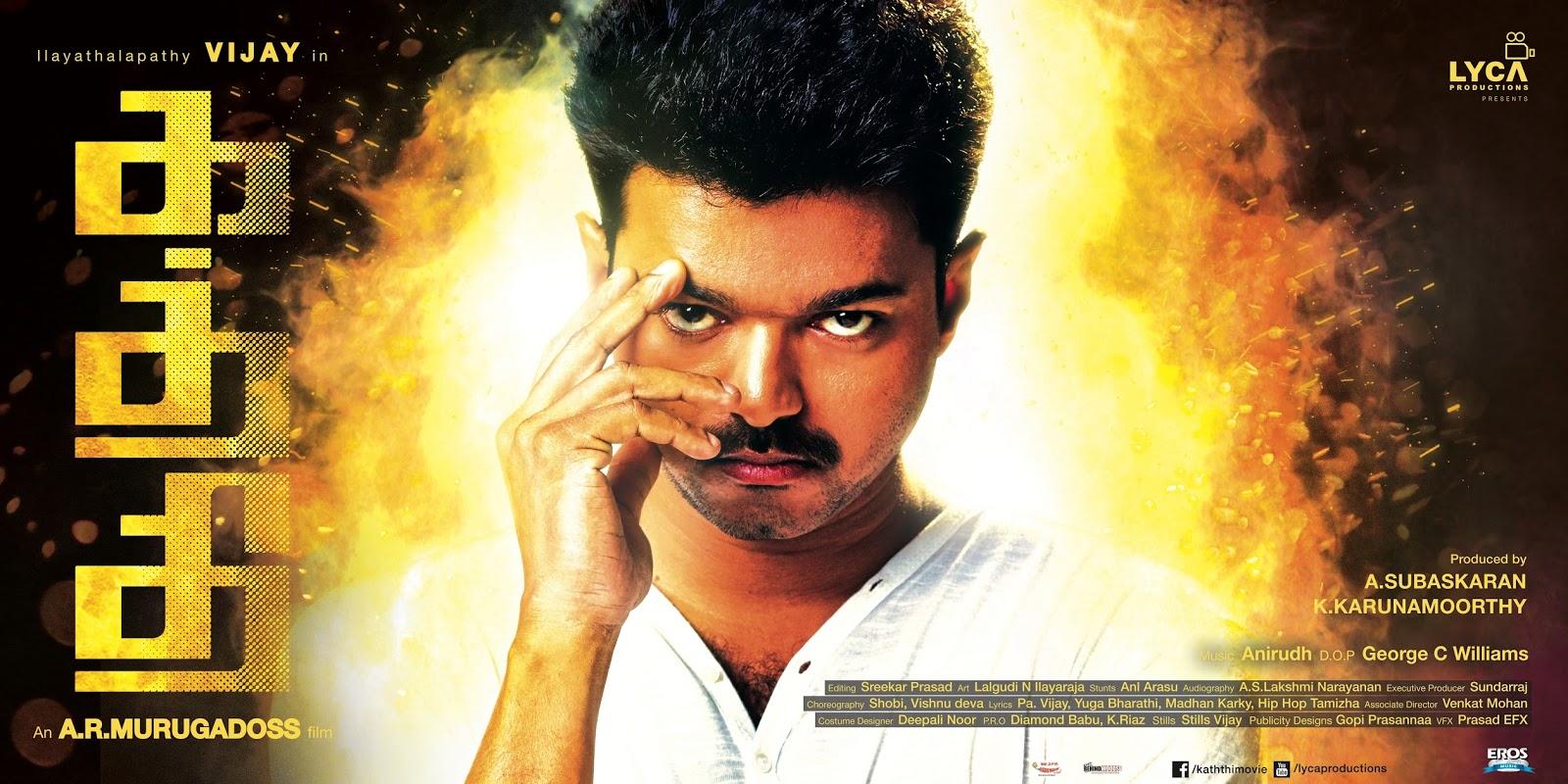 Kaththi Review - movie is as sharp as its title

After Thuppakki, Vijay and AR Murugadoss have come together with sky high expectations from fans and critics.Kaththi is about Jeevanandam and Kathiresan, both enacted by Vijay in a dual role. The movie is a case of mistaken identity embroils an escaped convict in a fight against a large corporation intent on seizing a village's land.(more)

Murugadoss has made use of Vijay's potential and delivered a powerful social drama with a few twists in both the halves. The editing is taut, and the decision not to include 'Paalam' song clogged few more kilometers to the racy screenplay. (more)

To sum up, Kaththi is a grand production which rides on Vijay's dual roles, the social interest angle and some impactful scenes which are part of the mix. (more)

A well made entertainer with a powerful message.

Murgadoss's screenplay especially the long Vijay monologue in the climax where he hits out at corporates with an agenda is very good. (more)

Murugadoss has cleverly catered to Vijay's fans and at the same time maintained some rationale. Regardless of the excessive masala moments catering to Vijay's mass hero image, the film does convey an important social message. (more)

Beneath the flab, some solid masala moments

But the film gets better as it goes along, mostly because Murugadoss rediscovers, midway, the soundmasala instincts that had apparently abandoned him earlier. A fight sequence where Kathiresan uses a bunch of coins is a superb bit of imagination. (more)

A treat for all Vijay fans!

A R Murugadoss has made a film with a strong social message - the plight of famers in India today and roped in a mass hero like Vijay to essay the protagonist. Both have done a good job. (more)

Kathiresan aka Kaththi, a criminal, escapes from the Kolkata prison and comes to Chennai, where he comes across his doppelganger Jeevanandham, fighting for his life after being shot at by unknown men.

Kaththi opens with Kathiresan aka Kaththi being chased by prison guards and it is later revealed that he is in fact helping the cops track down an escaped convict. But Kaththi manages to give the slip to the police and comes to Chennai with the intention of flying to Bangkok with the help of his friend. However, he drops the plan after he meets Ankita, who dupes him into believing that she wants to marry him, at the airport. (more)

If you've seen AR Murugadoss's Ramana, you are likely to agree that his Kaththi is just a stylish version of the former made on a lavish budget, bigger star, bigger issue, prettier heroine (with no scope for performance) and a lot of melodrama (plight of farmers).(more) 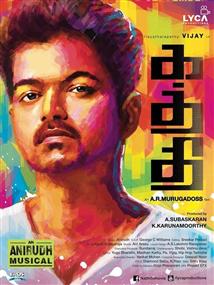