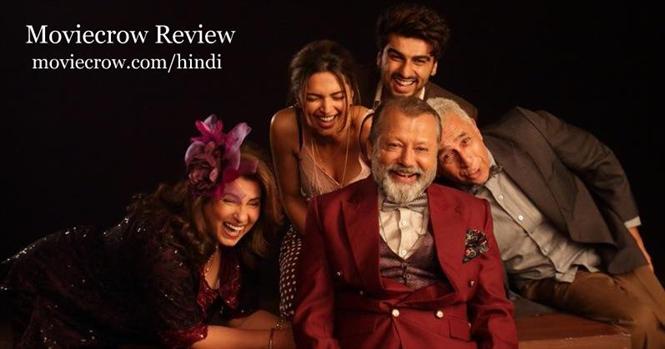 Finding Fanny is the kind of a film that is right up Wes Anderson’s alley- quirky, populated by seriously crazy characters bound by a singular event that otherwise should not be as life changing as it is in the film. However Homi is no Anderson and Finding Fanny hence suffers from a lack of mastery in pulling off a film with this much quirk in it.

A love letter sent long long ago comes back undelivered. To reclaim the love the letter intended to in the first place, a lusty painter, a middle aged lady, a sexy young widow and a sulking whinny young man set out with the mad romantic to find Fanny. The screenplay is deliberate in attempting to make us fall in love with these odd characters and yet be wary of the weird darkness that clouds the story itself.

Trouble ensues when unevenness sets in. Homi does not always seem in control of things, the film is patchily entertaining drawing you in endearing the characters to you and then all of a sudden you just withdraw. Things like getting the Goan setting right, the characterizations and the rooting of the entire story is wonderful. Yet as the lives of these characters is meant to show themselves to us during the road trip, things unravel and falter.

A lot of the credit for making the film entertaining are the actors playing the pivotal roles. My favorite is Dimple and Naseer, both ripened with age and experience and playing roles without any care for image. Naseer particularly is amazing. After playing the lover to Madhuri’s begum earlier this year, he is seen as a romantic fool willfully suspending sense in love. He celebrates his quirks and brings out a delightfully mature performance. Dimple on the other hand is razor sharp, tangy and hilariously unsexy. Deepika is the weakest link in the film though she has tried her best to not make her good looks a crutch and let loose a bit.

At one hour forty minutes running time Finding Fannnny is crisp. Yet there are many moments in the film when you look at the watch and hope things hasten up. Homi Adjania is back in his Being Cyrus mode but has not really been able to shrug off the Cocktail effect. A little more practice may be and we could have a home grown Anderson. 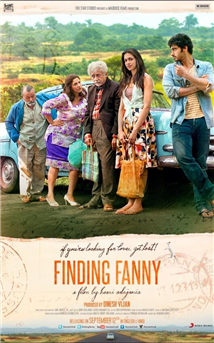