Thunivu Review - A Hurried yet a Decent Actioner! 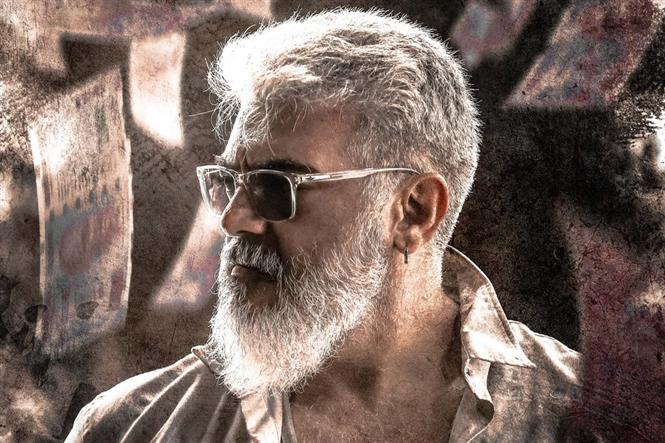 Thunivu - A hurried yet decent actioner!

Thunivu is an action thriller starring Ajithkumar and Manju Warrier in the lead roles. It is directed by H.Vinoth and the project is bankrolled by Boney Kapoor jointly with Zee Studios. Music is scored by Ghibran.

A gang of thieves headed by Ajith Kumar decide to rob a bank. What’s the reason behind it and what happens in the execution of their plan forms the crux of the story.

The film opens up in an unapologetically hurried manner without registering what is going on properly. The speed is as such we are left clueless, it takes quite some time for us to settle and absorb the happenings. Once it is done, the film is quite engaging, it also has some timepass commercial moments. The film happens predominantly at a bank that's being robbed, a perfect fit for this genre is to be focused and stick to the content. Not that it doesn't do that, but does a lot of fan service as well. Thankfully the core flashback, which conveys the main theme of the film, is good and the general public will instantly connect to it, but the couple of backstories with the hero and gang as central characters are disappointing. With H.Vinoth directing it, it is sad that there’s absolutely no logic, however he has passed this time with flying colours in terms of execution, unlike Valimai which was terribly presented. There are definitely some appealing moments here and there, but no high points to excite the audience. A few sequences outside the bank are weakly written, especially the climax is a bummer. Something or the other is constantly happening and it doesn’t bore out much, the crisp runtime adds up to the film’s advantage. Also, the second half is somewhat better than the second half, as we get to involve more as the reasoning is revealed.

Ajith Kumar is in the recent best of his looks, his hairstyle and beard suits him amazingly well. Such a jovial and uber-cool presence by the star who enjoys the most and plays baddie roles. Nothing much in terms of characterization for Manju Warrier, but she does get some mass high-speed shots with guns. Samuthirakani and G.M.Sundar have some prominent roles to play, nothing fulfilling though. Mohana Sundaram as the press reporter is a valuable addition, he has brought in some situational humour.

Chilla Chilla is a fun dance number and an agmark theatre-friendly moment for the fans to enjoy. The other songs are strictly average. Background score is intense and he has musically leveled up the action sequences. But the mixing goes haywire, the score is so loud and the dialogues are lowered. Very neat cinematography by Nirav Shah, it’s totally opposite to the inconsistent Valimai, quality stuff by the experienced cameraman. VFX team has also delivered the goods properly without damaging the visual experience. Vijay Velukutty’s editing is fairly decent, cuts are racy but aren’t coherent, the overall runtime is a smart decision. Stunt choreography is a mixed bag, the fights are superlative, but the chases are flat.

Hurried rather than being racy, however it has a relatable backstory. Despite being extremely cinematic without any logic, the ‘constantly something or the other happening on-screen’ factor engages to an extent throughout.