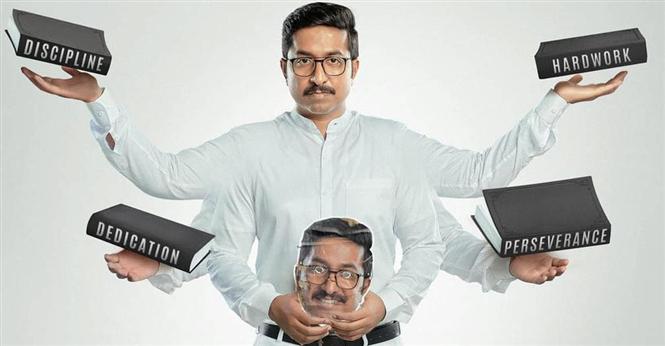 Mukundan Unni Associates is a crime drama that rides on the shoulders of a lawyer played by Vineeth Srinivasan, also starring Suraj Venjaramoodu. The film is directed by Abhinav Sunder Nayak.

Vineeth Srinivasan is a lawyer who tries to prove himself by winning court cases. But no one gives him a chance. He then finds a crooked way to step up his career, how he executes it forms the remaining story.

Mukundan Unni Associates is definitely a unique film, usually we see films about court cases happening only inside the premises, here we get to see what it takes for a newbie lawyer to find a case. The happenings are shown in a detailed manner, at the same time in some instances it feels a bit repetitive. Screenplay-wise, the film is a hit, the first is fairly engaging that doesn’t bore out much, the second half manages to excite at many places with challenging situations. The criminal ideas are brilliant, though they were cinematic, it was good to see the anti-hero executing them spontaneously to save himself. The smart points do translate into quality scenes, especially in the later half of the film. Many sequences post the interval appear as highlights, the line is crisp but holds due to a screenplay that connects everything convincingly well and gives a solution to the exhibited cases. But as a closure for the lead character, the film falters as Malayalam movies generally provide an conclusion that is rightful for the society, it’s missing here and hence the slight dissatisfaction at the end. Also, overdose of voice-overs usage which could have toned down a bit.

With a stupendous support from the technical crew, Vineeth Srinivasan has managed to ease as a psychopath lawyer, his measured performance only enriches the tonality of his character. Suraj Venjaramoodu never disappoints, here he has played a quirky role, works better after he starts appearing as a hallucination. The two main female characters were neatly written, they had their part to contribute to the story, their difference of opinion added value. All the artists did a commendable job at the perfect meter, also many had so much important stuff to do in the subject.

Music uplifts the momentum further, also background score plays a major role for the audience to fix what’s the intended political stand. Similar responsibility for the cameraman too, superlative camera angles and well-planned shot divisions. But the 4:3 aspect ratio is not really theatre-friendly, felt there was no need to experiment in it. Crisp editing of 130 minutes, seamless scene transitions as the cuts were crafted sensibly.

Though the ending isn’t pleasing enough, it’s a mad take on court cases shown from a psychopath's point of view with several weirdly presented criminal ideas to keep the excitement alive.