Kantara Review - A Rooted Subject that saves its best for the final act! 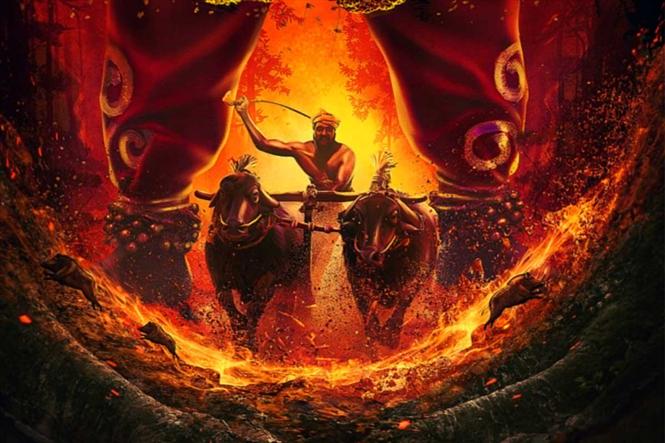 Kantara Review - A Rooted Subject that saves it best for the final act!

Introduction:   Kantara is a culture based folklore film. It stars and is directed by Rishab Shetty. The movie is from the Hombale Films banner who made KGF.

A bunch of villagers who hunt for living are made to vacate their present living place due to unforeseen notice. How they save themselves from the situation by finding the real culprit forms the crux of the story.

The story is familiar yet convincing. But the setup is too away and far from being relatable. The in-depth lifestyle establishments are extremely racy, there are no pauses for us to involve and feel for their situations. The screenplay is random for the most part, the scene orders are not coherent, tries to stuff too many items in a single bag but nothing has the deserving focus. But the engagement is not completely off, in the sense the film isn’t painful to handle at any point, because there’s something or the other that is constantly displayed, just that there is no impact. However the subject seems to connect for the targeted audience who could easily route with the intended narrative. Conveniently placed love scenes at frequent places, the night hunting sequences make us wonder where the story is leading towards. Shots that appear as the hero’s vision is the core of the film and add value to metaphors, a concept that resembles Dhanush’s Karnan. Despite the major twist being predictable, the last 30 minutes is the highlight of the movie due to brave and experimental direction. Final few shots being artistic after an high-octane action set piece is a master stroke.

Rishab Shetty’s performance is a mixed bag. His physique and attitude are his strengths, but he overreacts at so many places which looks fake. His emotional angle works when the truth is unravelled. Kishore gets a solid cop role and he does it in a mature way. Achyuth Kumar’s presence is strong as the respectful landlord, but his voice suppresses the power. Other than these two, none of the artists’ acting are noteworthy to specify.

Ajaneesh’s songs are good as the tracks have enough flavourful music and variety, but the background score exists constantly with no gaps and running at a totally different metre of what’s being shown on-screen. Excellent camera work, right from extensive angles and locations, the shot compositions and the way they have been presented make the visuals so rich. Editing is weak for multiple reasons, first the duration could’ve been lesser by taking out some not-so-important topics, secondly the scene orders must have been fluent especially the ones in the first half. Stunt choreography was so enjoyable, mainly the climax was terrific, though the fight scenes take so much cinematic liberty, delightful viewing experience.

Verdict:     If the whole film had enough focus on the core subject like the last half hour had, this could have been a compelling movie for sure. Still, not a bad watch for how randomly the initial portions were made.

Kantara - A Rooted Subject that saves its best for the final act!!