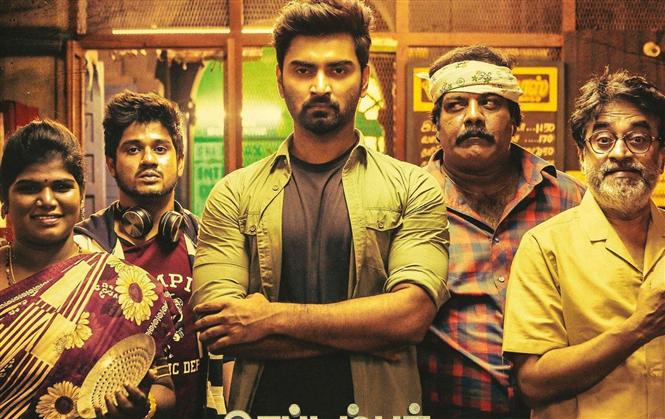 Trigger is an action-comedy flick directed by Sam Anton. The film stars Atharvaa in the lead roles. This is the second film of the actor-director duo following their superhit cop thriller 100.

Atharvaa is suspended from the Police department for going behind humanity, unfortunately by letting down his superior’s orders. But it’s just a fake suspension and he is appointed as an undercover officer of Internal Affairs. And, the mission starts.

Sam Anton has a knack of presenting clichés in a convincing manner, he has followed it here successfully. The writing is convenient at many places, yet the depth in explaining the multi-layered crime angles hide the flaws. There are dips in the flow and it does feel like the scenes are all-over-the-place until a point, but they slowly evolve to become something interlinked and it’s done well despite cinematic liberty. The screenplay is overall decent, the details in the paper are clearly brought to screen in a pretty racy manner. Good to see Atharvaa and Sam Anton joining hands to bring some sort of a variety to the cop thriller genre, their previous film 100 was about a Police officer who operates from the control room and here it’s interestingly based on ‘Parallel/ Deviation Crimes’. The unique idea does bring a difference, offers something refreshingly interesting. Even the sentiment angle, though there are multiple tracks and few are repetitive, the conveying style isn’t bad and doesn’t irritate for sure. The love portions are minimal, but very cheesy, still getting a girl’s phone number is shown as such a big deal. There is no question of logic here, there are plenty of loopholes in storytelling.

Atharvaa fits well for his cop role, but his emotional expressions and dialogue delivery needs improvement. Meaty role for Tanya Ravichandran, though the love track is lame, she is in for a reason as an incharge of an orphanage. Arun Pandian thankfully doesn’t overreact and keeps his performance measured, he has nice involvement in the story. The villain character is single-dimensional, yet strong enough, wish he hadn't been presented with a fake beard. There are plenty of other supporting actors with a purpose but some of their casting choices could have been better. Making Munishkanth and Youtuber Anbudasan act as undercover Policemen didn’t add any value both to the comic as well as the serious quotient.

Average songs without any soul or substance, background score is also kind of flat, doesn’t add much value. Cameraman has helped to fulfill the director’s vision by filming all the needful shots, but the quality of angles is missing with a very artificially looking DI tone. Solid edits by Ruben, the parallel shots placements are slick and enrich the speed of the film, although the overall duration could have been shorter, the cuts are sharp.

Despite the lengthy narrative and logical errors, it’s a definitely watchable action thriller that has a lot of moments to like. The base approach is different and the overall screenplay manages to hold. Give it a try.

Trigger - Fires to a Decent Distance! 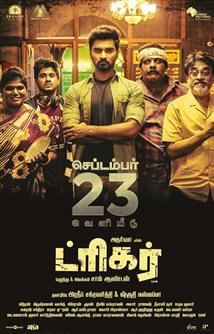