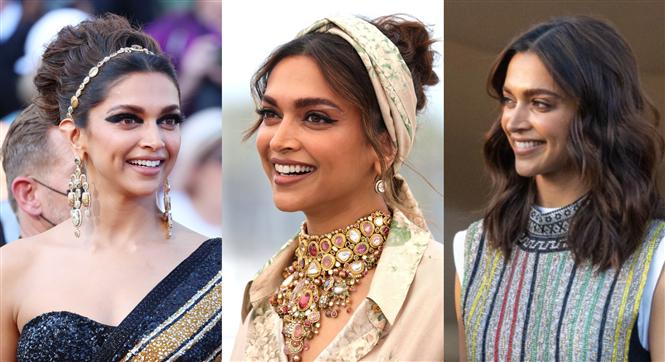 On May 17, 2022, Indian actor Deepika Padukone who predominantly works in the Bollywood film industry made heads turn, as she walked the red carpet of the 75th edition of the Cannes Film Festival alongside 7 other members - Rebecca Hall, Asghar Farhadi, Trinca, Ladj Ly, Noomi Rapace, Jeff Nichols, Joachim Trier, and president Vincent London of the main jury panel. Padukone is the first Indian in the last 9 years to be selected to judge and vote on the films competing for the coveted Palme d'or, which is also the highest honour of this international film festival [Historically, the Palme d'or has often set the tone for the internationally acclaimed film awards - the Golden Globes and the Oscars].

A huge honour aside [Padukone herself has admitted it is], all eyes were on the actress for several other reasons this year. Cannes is a mix of both fashion and films and on one hand, while actors have often come under the scanner for not representing films enough [Padukone being one such name as a Cannes regular], on the other India was also tackling pressure of 'not' making a statement enough with their fashion choices at the event.

This talk came about especially after the infamous appearance of Vidya Balan as 2013 Cannes Film Festival jury member, which many wrote off as a fashion disaster for India. Padukone is the first Indian jury member since and she pulled off day 1 with ease (images here).  The actress-producer had this to say about her 2022 appearance,

"While it does feel like a personal victory, it also feels like a slightly larger victory for the South Asian community..We can literally count on our fingertips the number of times anyone from India has been on the jury or has had the opportunity to represent the country at a platform such as this..To see India being recognized at a global level at a platform like this..

Of course, fashion is fun, it should be fun. And it's also a very personal thing. But I hope that Indian media has learned from that last experience and realizes that we have the power to actually change that narrative and talk about what a big moment this is for India..I don't think it deserves pages and pages of news. I think what we should be talking about is the celebration of India. The celebration of Indian talent and cinema,"

Other Indian actors and filmmakers at the Cannes 2022 film festival here.