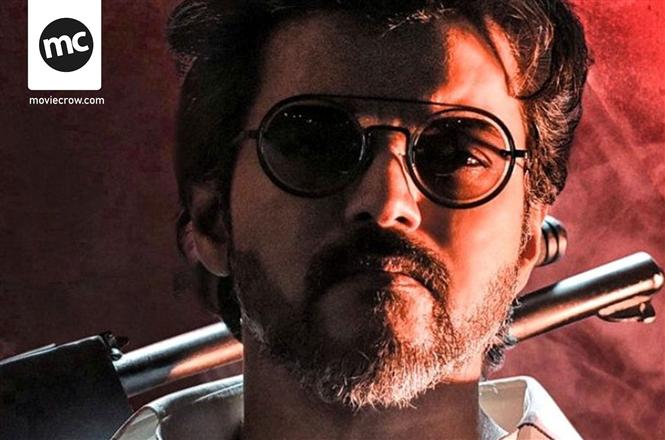 One man and one knife - all it takes to solve a hostage situation. This story-line with any other hero would have backfired. Director Nelson weaves a story around an incredulous plot trusting one man, Vijay, who pulls it altogether, delivering a beast of a performance.

In Nelson's movies, comedy is typically mounted staged on a dark plot with good action sequences. In Beast, comedy for most part is predictable and falls flat a few times. What truly stands out is Vijay's style in which the fight sequence is choreographed. Vijay delivers monotoned funny one-liners as all heroes do in Nelson's movies. Credits to the director for presenting a supremely fit and suave Vijay. The entire theater goes ballistic in the recall dialogue from Pokiri, both during the interval and final scene.

VTV Ganesh is the new addition to the director's usual cast members. All the supporting actors probably didn't need any debrief as they showed up and acted exactly the same as in prior movies. Pooja Hegde's pairing with Vijay works and she does her part well in songs and opening scenes. For his first movie as an actor, Selvaraghavan does a decent enough job spouting dialogues to build up Vijay's enigma and justifying the title.

Next to Vijay, Anirudh is the man in form in Beast. The climax sequence could have been made fun for how a single man takes a fighter jet to Pakistan, and brings a terrorist back single-handedly. One could hear people saying Vijay should probably put an end to Russia-Ukraine war. That is how incredulous the rushed climax was. However, Anirudh totally saves the day with fantastic background score.

Manoj Paramahamsa's camera work is brilliant - both desaturated in the Georgia/Pakistan scenes and also contrastingly colourful in song sequences. Another technician who shines is the art director DRK Kiran, who has mounted a massive mall set with painstaking details to seamlessly match the scenes shot in real mall. The pleasing color palette of Arabic Kuthu and four seasons set in Jolly O Gymkhana are exceptional. Editing by Nirmal is crisp and ramped up and down focused on highlighting Vijay.

Beast has all the ingredients to attract the family audience in droves to the theatres. After a few minutes in to the movie, the audience will get desensitized to blood. Vijay is in exceptional form as he delivers a beastly performance. It is worth watching to admire Vijay's suave and fluent all round performance.