Kadaseela Biriyani Review - Less about the dish, more about the ambience of the restaurant! 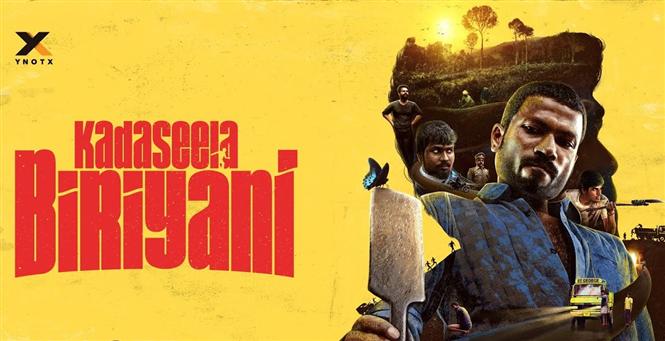 Kadaseela Biriyani – Less about the dish, more about the ambience of the restaurant!

The plot of Nishanth Kalidindi’s Kadaseela Biriyani is something that looks ideal for a mainstream action film. It is a film where someone who wants a low-key simple life is pulled into a violent world. Isn’t this precisely what most of our action films are? An ordinary man in an extraordinary situation is how most filmmakers would define this one liner in their interviews. But Kadaseela Biriyani isn’t so much about the plot as it is about the way it is presented. In other words, it is not so much about the biriyani as it is about the ambience of the restaurant that is serving it. And staying true to this , we actually never get to see the plate of biriyani that the protagonist orders in a restaurant in Pondicherry in the climax of the film.

The voice of Vijay Sethupathi introduces us to this whacky but violent world. While this seems like a gimmick at the start, you soon realize that this is a superb idea that subconsciously prepares you for the tone of the film. The voiceover is talking about serious things like father – son relationship, a blood thirsty family and the idea of a simple life but there is a hint of sarcasm in the tone. We are introduced to the world of the Pandi brothers or the world of the two elder Pandi brothers to be more precise. The youngest of the them, Chikku Pandi is a reluctant participant. He is trying to get away but is being pulled in by them. We, the audience, seem to be in a similar position. We are unsure if we really want to get into this world of Nishanth Kalidindi but we do not want to get away either as everything feels unique and we want to see what is in store. And some twenty to thirty minutes into the film, we sort of give into the temptation and are pulled into the scheme of things.

Kadaseela Biriyani is a very violent film at times (though most of the violence is offscreen or described in dialogues). It has a psychotic villain after whose entry the tension builds up superbly. This is a film where you do not really know what is going to strike you next. A laugh out loud moment comes out of nowhere and the next moment something brutal happens and then the cycle repeats. The mood shifts as swiftly as the villain shifts from humming ‘Viru Virumaandi Virumaandi’ to humming ‘Kanmani Anbodu Kadhalan’ in seconds. But what is fascinating is that the film gets philosophical too. At the crux of Kadaseela Biriyani, it tries to emphasize the beauty of a simple life.

The profanity does seem like a ploy to shock but then it also works to establish the maturity level of the characters. They are these violent creatures on the outside but inside they still seem to be kids, who are fascinated to spell out forbidden words with glee. Though you do not really identify with most characters, you feel as though you are with them in their vicinity and the technical team deserves accolades for this. The cinematography isn’t flashy and the one time it zooms out to a top angle shot to show the villain’s house, it feels a bit showy but this actually establishes the sort of monster the villain is (away from humans in the middle of a forest) and the kind of danger that the three brothers are in.

The climax is something that we see coming though the cameo is a surprise.

Kadaseela Biriyani is the kind of film that bears the distinct signature of the filmmaker. You may or may not invest with the characters of the film but the film successfully takes you for a ride in their world. 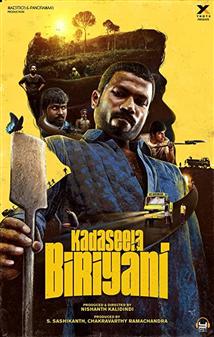