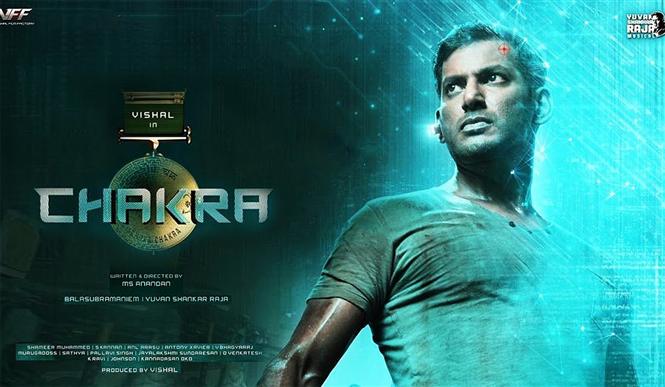 Vishal Film Factory’s Chakra is an action thriller starring Vishal, Shraddha Srinath & Regina Casandra in the lead. The base concept of cybercrime reminds one of Vishal’s Irumbuthirai & feels like he is not yet over that zone.

The film’s shortcomings can be easily explained through a short reference from Mahabharata. There’s a tale where Lord Krishna is believed to have spoken about the ChakraVyuha (war strategy) & Abhimanyu (Arjuna’s son) learned it from Krishna while still in his mother’s womb. Krishna strategically avoids the crucial information of how to exit a ChakraVyuha & Abhimanyu is left with the knowledge of an incomplete strategy. The same half-cooked information leads to Abhimanyu’s death on the battlefield. Similarly, the director, MS Anadan seems to have learned the recipe to make a commercially rich action film incompletely from somewhere. The film constantly challenges logic & befriends convenience in the form of a screenplay.

The film has two important women characters portrayed by Shradha Srinath & Regina Casandra. These characters are constantly schooled by the hero which questions the character's ability, IQ & common sense. Fair gender representation is not just about casting women in crucial roles but also in writing their characters strongly.

The suspense element that could have saved the film also lets the film down. As the film concentrates on glorifying the hero, it sacrifices all the trump cards that it could have used to ace the game.

Vishal as the lead delivers a neat performance. However, well-thought-out writing could have made this hero a special one on the viewer’s list Though the film rides on commercial elements, cringe-worthy punch dialogs & song sequences were avoided & that approach deserves appreciation.

This yet another Yuvan musical that might not stay on the audiences’ minds or the playlist. Balasubramaniam's work behind the camera constantly tries to elevate the film & succeeds in many parts.

Robo Shankar’s presence in serious films like this isn’t helping the case either. The unnecessary counters & reactions trigger irritation. With lots of stereotypes, convenience & cinematic liberties, Chakra rolls away from its target. 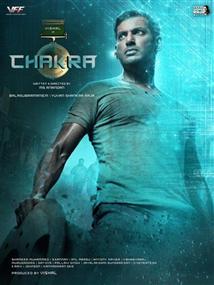