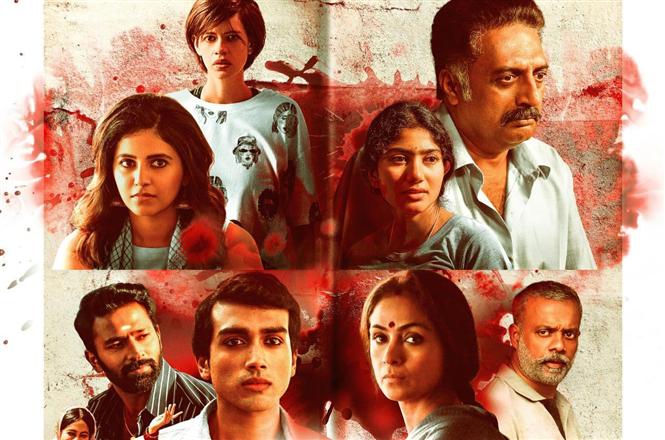 As always, it is tough to make an overall call about an anthology. Moreso, when the individual films are done by different filmmakers with a core theme being the lone linking factor. Paava Kadhaigal is a grim reminder of the kind of issues that plague this society. Grimmer than the issues is the fact that the topics handled here aren't something that can be relegated to a section of the society but those that are prevalent amongst the majority of the population.

Set in 1981, Sudha Kongara's film is a story about two major conflicts - interfaith love and societal disapproval of transgenders. The film has good performances and the narrative holds interest. But almost all crucial scenes appear forced with an intent to shock and create a certain melodrama. Saravanan (Shantanu)being completely oblivious of Sathaar's feelings is a case in point. It comes across as though except Saravanan everyone can see it. This is a film that creates an impact but would have worked much better if everything felt organic. (2.75/5)

I am guessing the reactions to this one are going to be polarised. But Vignesh Shivan certainly pulls off this one for the most part. It takes a little while to get accustomed to the tone of the film (the sketching of the father character in particular) as you are not sure what the director is upto. But once it becomes clear that this one is a black comedy, it works. There is a scene where the Anjali character says that being surrounded by girls all the time shaped her sexual orientation. While specialists need to be taking a call if this dialogue is problematic, it sort of evens out in the context of the film as a result of that climax twist which I never saw coming. This one is wacky, enjoyable and also the only film where the sinners of Paava Kathaigal end up with egg on their face.(3.25/5)

This is not GVM's comfort zone or maybe he hasn't really explored this on screen before, but the OTT space gives this freedom. Vaanmagal speaks about child abuse but what it does more importantly is also showcase the psychological trauma imparted unknowingly by parents on their girl child. Mathi (Simran) becomes obsessed with reclaiming the purity of her daughter and keeps bathing her after that horrendous incident. But how she comes to a realization that this is wrong is never shown or explored. All this results in Vaanmagal playing out like a message movie and though we feel the horror of the sin on screen, the characters and their depictions never feel real. The cuss words feel forced and that Aal Thotta Bhoopathy reference did not really belong to this film. (2.5/5)

You already know the climax of Vettrimaran's film (thanks to a spoiler in GVM's episode) and the film also moves on expected lines. But what we have out here is a brilliantly directed film and the best of this anthology. The horror here hits you real hard. The other films had evil characters do evil things. Here too the perpetrator is obviously evil but what we see from outside is a caring personality. Sumathi (Sai Pallavi) is pregnant and keeps vomitting but you too feel nauseous as the stench of caste supremacy hits you hard in this film. Every second of this world feels real and that is why it leaves you squirming in disgust and seething with anger. And all this is because the way the characters behave and their ambience are painstakingly created. Sumathi's flat in the city, the cramped house in the village with the constant chatter of the family and the Yoga classroom - everything has a lived-in feel about it.

And Sai Pallavi and Prakash Raj are absolutely brilliant! (4/5)

A grim reminder of the sins all around us. Thankfully the film is named Paava Kadhaigal and not something very generic. Hopefully, atleast someone who continues to practice religious, caste and gender discrimination with pride realises that he/she is a sinner! 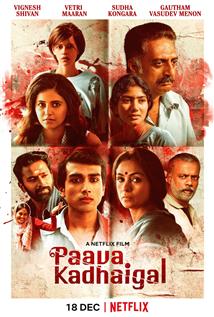