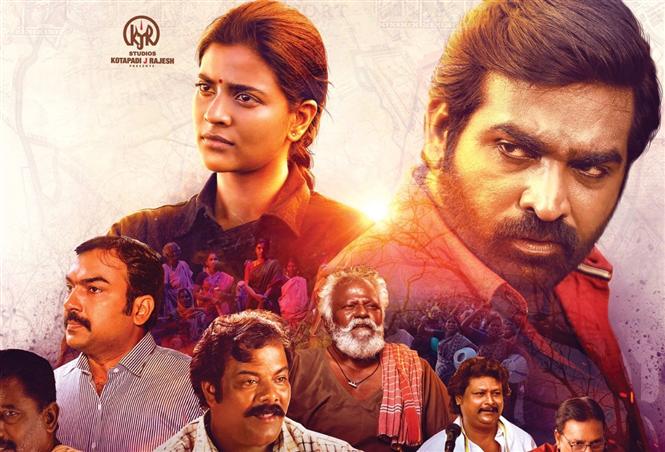 The most impressive aspect of Ka Pae Ranasingam is its title. It sits perfectly on this film which revolves around its protagonist (Ariyanachi), who is fighting against odds for something. And what she fights for revolves around her husband (Ranasingam). In case you were sceptical about why a film with such a strong female at its centre should be named after a male, the film does have a very strong justification, as the title in a way is the very essence of this film.

P Virumandi takes a hard hitting stand about a relevant topic. The apathy of the administration/system towards the common man is what he wants to register through this almost 3 hour drama. Ariyanachi is a fiesty young girl who falls for Ranasingam. Ranasingam is a rebel of sorts in his village and would raise his voice against any injustice, be it by an individual or by the system (to be read as the nexus between administrators and politicians or the government). Something unforeseen happens and Ariyanachi now takes on a fight single handedly against the powerful system.

Ka Pae Ranasingam is an earnest film. It might be a bit melodramatic at times but is also restrained at times. Overall, the performances are pretty good. Aishwarya Rajesh leads the show as the single-minded crusader. She achieves a certain balance wherein the scene itself might be playing to the gallery, but she lets out her emotions in a certain meter and this ensures that this performance gets our respect. Vijay Sethupathy's role isn't exactly a cameo but you cannot call him the hero of the film as well. He is mostly part of the lighter scenes and is quite relaxed. The supporting characters playing the family members too are pretty good. But the same cannot be said about the other characters playing politicians, government officials and the likes. It is not just about the actors playing these parts but even the execution of the scenes that they are a part of is quite lacklustre.

Ka Pae Ranasingam is overlong. As always, the issue is not the length but the fact that we feel it. The story is about Ariyanachi but since we have Vijay Sethupathy roped in, a lot of screen time is dedicated to him. It is not a problem per se, as there is a need for us to feel the bonding between the two leads in order to have us root behind Ariyanachi's sole aim. But I wondered if a linear narration might have worked better for the film. Going back and forth means that the emotional heft sort of wavers. Also, what if Ranasingam was not the rebel that he is. Did the need to showcase him as one arise after casting Vijay Setupathy? The crux of the film would have still remained the same if he wasn't the rebel that he is but then there is also this angle about how the system comes harder against the common man if he happens to be a crusader. Even then, the couple of stunt sequences seem unwarranted, though credit for keeping them reasonably realistic. While the resolution to the issue towards the climax appears a little too easy or forced or silly, the final scene of the movie does make amends! And not to forget, Ghibran goes about his job quietly and neatly as always.

Despite being overlong, a strong performance from Aishwarya Rajesh and a scathing attack on the apathy of the system towards the common man ensure that Ka Pae Ranasingam remains afloat. 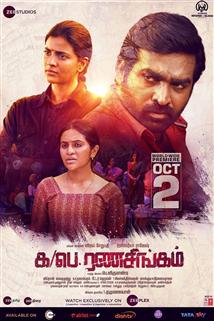