Lockup Review - A suspense filled, murder-mystery ride with an emotional subplot that works! 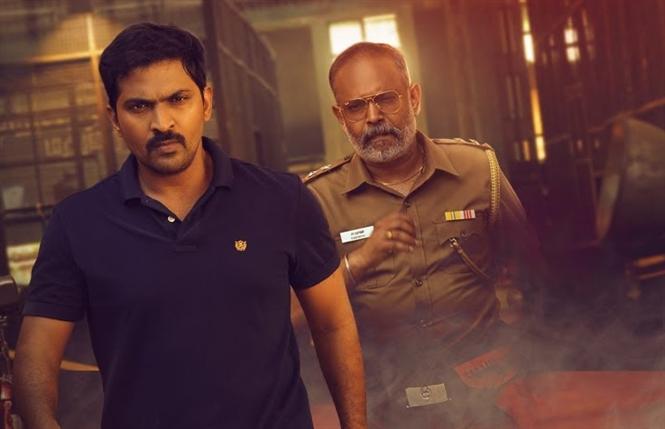 A suspense filled, murder-mystery ride with an emotional subplot that works

The next big Tamil release that gets added to the list of direct OTT Tamil releases of 2020 is director SG Charles’ Vaibhav - Venkat Prabhu starrer Lock Up. Touted to be a murder mystery based crime thriller set around the Neelangarai police station, this edgy film also stars Eswari Rao, Poorna, Vani Bhojan, Mime Gopi & a few others in pivotal roles. How does Lock Up fare amidst its audiences?

To start off with the basics, director SG Charles leaves no time wasted and cuts to the chase with his story. Lock Up is based on a couple of murders that happen on one night and how the entire police department has something to do with these murders. Two policemen (Vaibhav & Venkat Prabhu) are on the lookout for their promotion and a new inspector (Eswari Rao) is assigned to the Neelankarai station due to the demise of the old inspector who happens to be one of the murder victims. What is the motive behind his murder and who was guilty of it along with an interesting subplot forms for the rest of the story.

Though the storyline does sound fairly simple, the narrative follows a fairly intriguing, non-linear pattern with quite edgy flash cuts. With a crisp run-time of 1 hour and 46 minutes, there are no deviations at all and some of the scenes do offer good twists and turns for audiences. For a fair bit, the murder mystery angle keeps us guessing and hooked as there is a small brush up on the Tamil Nadu police departments and its criminal ways.

As for the casting, Vaibhav is seen as Vasanth (a timid SI), while Venkat Prabhu plays Murthy (an experienced SI), both of whom have something to do with the murders. Eswari Rao plays the stern Inspector, who is new to their station and does her part well. Poorna as Malliga in the flashback is proficient with her emotions and the boy who plays her son is a delight to watch. However, the show stealer is Venkat Prabhu as he rocks the grey shade hence becoming the USP of the casting department. One might wish to watch a lot more of this subtle acting and terrific dialogue delivery from Venkat Prabhu in the coming years. Vani Bhojan does not have a role to play in this crime drama that has an overall good casting equation otherwise.

A few minutes into ‘Lock Up’, we are introduced to all these characters and the cat and mouse battle between Murthy, Vasanth and Malliga forms for the major part of the story. Surprisingly, the subplot adds excellent value to the investigation angle that happens at the present and the emotional quotient can be lauded for the way it has been woven in by director SG Charles. Most of the scenes featuring Venkat Prabhu (Murthy) are interesting and so are the sequences that feature Poorna. Mention worthy sequences include VP’s imaginary investigative portion featuring a chase between Vaibhav and another young girl, Poorna’s conversations with SI Murthy and the pre-climax and climax portions that have a lot of suspense to offer.

Technically Lock Up is a decent mix. Music by Arrol Correli is positive as the bgm adds value and the edit is functional. Cinematography could have been a tad bit less tacky. On the whole, a neat show deduced by the director.

As for the departments that could have been better, some of the plot points do seem a little predictable and these could have had more suspense or uniqueness. There is also an overuse of technology and video evidence as a mode of blackmail that we see in a lot of Tamil films and this could have been written in a smarter manner. Vaibhav’s intensity towards the end could have been a little more visible as he seems to look his usual natural, casual self in emotional scenes. Even the finish could have had a bang one might think, though the film does keep us interested for its majority runtime.

On the whole, Lock Up is by far one of the better Tamil OTT releases and has a bunch of positives and negligible negatives. Venkat Prabhu and Vaibhav alongside Poorna and Eswari Rao steer the ship home and give us a fairly engaging crime drama with a good mystery angle from the point of view of the various characters. A good start for director SG Charles in the form of Lock Up. Do catch the film on Zee 5!

Venkat Prabhu and Vaibhav’s ‘Lock Up’ sees it through, with its engaging narrative and timely twists! 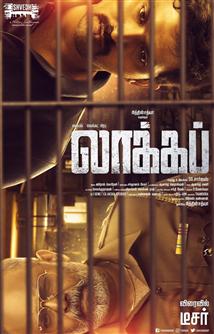