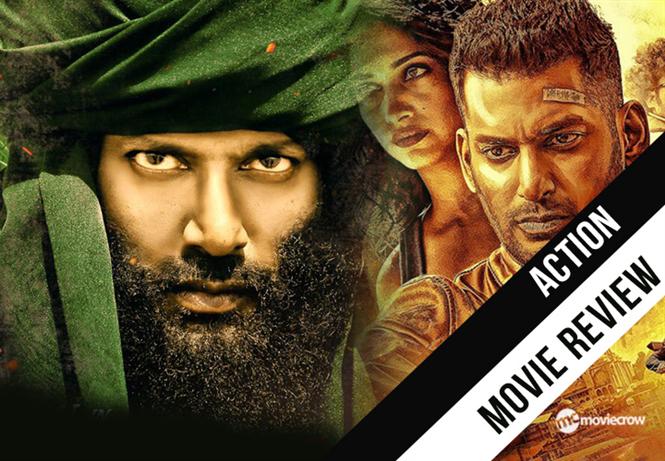 Sundar C has always been a go-to man for commercial mass masala entertainers. Time and again, the director has proved himself in the space, being a favorite amongst fans of the genre. However, with Action, the director decides to come out of his cocoon and make a slick action thriller that stays true to its title with lots of fights and chases. But overall, is the film good? No.

Action begins with a racy chase sequence that takes place in a foreign country, and then zooms down to Colonel Subash (Vishal) and his family who belong to the political reigns of Tamil Nadu. Sundar C and his writer Badri take up the first 40 minutes to build up the plot and bring in the different characters and conflicts, only to go firing on the action after that. Vishal, who is tormented when his professional life hits a crossroad with his personal one, decides to go on a revenge spree finding and fighting the root cause to the problem. The rest of the film is about how Vishal goes around the case, with his super-heroic instincts and action skills being put to use along with Tamannaah who is his companion. Sundar C does indeed have a nice plot in hand, but what he does with is what pulls down the film.

The main issue with Action is the screenplay, which doesn’t possess the entertainment or the engaging elements that it ought to have. There is a seen-before feeling in every scene, and it gets all the more familiar in the second half which draws lines with Akshay Kumar’s Baby and Ben Affleck’s Argo. The scenes conceptualized by the team might sound interesting, but they turn into an overdose as they keep coming down one after the other, like a stream of dominoes.

While Vishal is really efficient in the lead role, being comfortable doing the stunts as always, the rest of the cast are all sore thumbs in the film. The biggest bummer of them all is Aishwarya Lekshmi, who does her best to save an extremely clichéd role, and is wasted in her Tamil debut. Tamannaah might be the perfect choice to dance around in songs, but she struggles to fit into the shoes of an action ‘shero’ right from the first scene. Actors like Ramki, Chaya Singh and Pala Karuppiah frustrate us even further with the overacting, making it a tough watch with so many things haywire in the casting department.

The action choreography by Anbariv is interesting at places, but Dudley’s camerawork and the DI behind it could have been better to bring in better visuals. This is also one of Hip Hop Tamizha’s most lethargic works till date, with both the songs and the BGM not being up to the mark.

In totality, Action is a half-baked product from the team who were clear with what they wanted to do, but did not know how to go about it. A misfire from Sundar C.

Vishal is the only saving grace in this half-baked action ride, this Action needed more emotions and better notions. 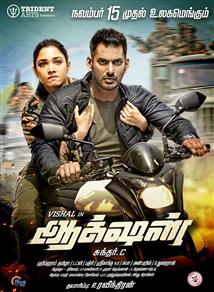