100 % Kadhal Review - Yet another remake that loses track midway and misfires! 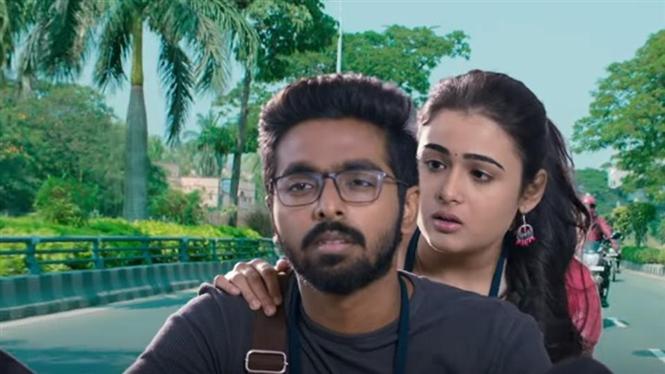 When a popular movie is remade into another language, the first thing to look for is whether the essence and nativity would stay intact for both language audiences. This one major factor stands as a let down for the latest GV Prakash and Shalini Pandey starrer, 100% Kadhal directed by MM Chandramouli. What does this film have in store for the audience?

GV Prakash plays Balu, a state topper who is obsessed to always getting the first rank and Shalini plays Mahalakshmi, a girl from a small town who comes to the big city for her college studies. Incidentally, these two characters are from the same family and would ideally get married if all goes well. But cupid has other plans and the entire film is based on the cat and mouse love based battle between Balu and Mahalakshmi.

Though this does not sound like a very bad line, the treatment of the scenes and the overall script proves to be very old fashioned. In fact, some scenes do not seem to have any relevance to the script and the 151 minute duration might make a few feel tiresome. The usual combination of 5 songs, one item number, typical love scenes and a predictable plot make 100% Kadhal unimpressive.

As for the actors, GV Prakash who has seasoned himself with films like Naachiyaar, Sarvam Thaala Mayam and Sivappu Manjal Pachai shows promise as Balu - the school and college topper. He does emote pretty well and carry off the character in an acceptable fashion. Shalini too does a fair job. The other characters barely seem important. There is Appukutty, Thambi Ramaiah and even Nasser who makes an entry in the latter half as GV Prakash’s grandfather. If for a more interestingly tweaked characterisation for a few important actors, their performances might have created an impact.

Technically too, the film has a lot of noticeable weak points. Most of the bike and car shots have been carried out with a poor VFX and it is quite evidently disturbing at times. Even some continuity issues could be noted. Cinematography is just about average and music by GV himself could have been a lot better considering the standards he has set through his earlier, hit albums. None of the songs leave any impression and the background score is just about alright.

A particular portion of the first half does seem quite engaging but not for long. In fact, some of the moments that the makers have created through the cat and mouse battle have been left without being capitalised on. For instance, the movie takes an interesting turn when Balu, Mahalakshmi and Ajay battle it out for the first rank in their final semester of college. This portion until the interval block party scene had the potential to be the USP of the film. But what was interesting ended quickly and yet again we had the predictable love scenes and attempted comedy sequences with Thambi Ramaiah, his Benz car and his fake American accent through the second half that went completely wrong.

Overall, the idea to make a family oriented movie is very much present but what was lacking is the execution to bring out the factors that would entertain audiences at regular intervals. GV Prakash tries hard to keep our attention but the moment you see an item number after Nasser’s entry, it becomes hard not to yawn. 100% Kadhal does not emerge as an entertaining rom-com that one would expect from a famous film’s remake.

Bottomline: Yet another remake that loses track midway and misfires! 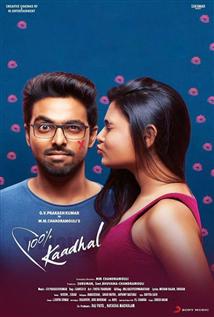