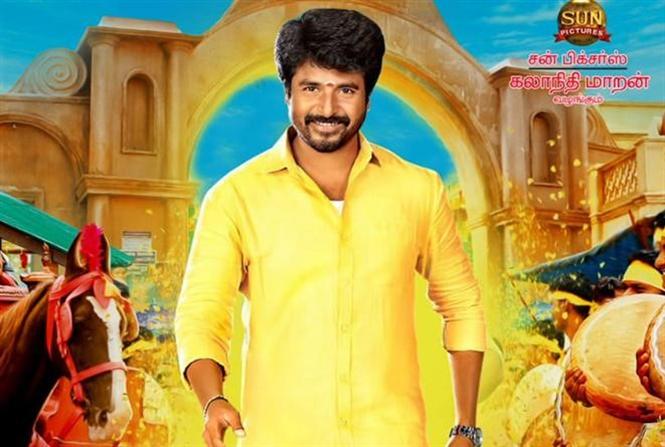 Pandiraj’s Kadaikutty Singam was a film that brought back the hope that the family dramas of Vikraman’s age can still taste good even today. The film turned things around at the box office in great fashion, turning out to be a huge money spinner. In his very next film, Pandiraj is expected to come back with similar things and boy he does it in a better way. Namma Veettu Pillai is indeed a very enjoyable and emotionally touching entertainer that gets a lot of things right.

The film has Sivakarthikeyan and Aishwarya Rajesh pit in as siblings, and largely concentrates on how a family with misunderstandings can further complicate the marital life of the girl. Just like Kadaikutty Singam, Pandiraj has 25-30 characters in his narrative, but the good thing here is that there is more clarity in the proceedings, with both the writing and the execution being devoid of too much melodrama. Pandiraj builds up the first half by establishing the conflict through Aishwarya Rajesh’s character, and showing the lengths that Arumpon (Sivakarthikeyan) goes to hold things together. He also introduces us to the enemies of the tale and keeps things moving with comics and romance to balance out the drama. In the second half, he gets deeper into his storyline with the flashbacks, giving us signs of a predictable climax. But here’s where he pulls out the trump card, making his third act something that we don’t see coming, offering something different in a familiar land.

The film’s emotional value is definitely herculean, and this is because of the star cast that is packed with well-known, proven artists. While Sivakarthikeyan is terrific as the doting brother, Aishwarya Rajesh is equally good as the sister who is caught up in a web of trouble. Natty comes in as a two-shaded man who is likable but still villainous, with Bharathiraja, Vela Ramamoorthy, Subbu Panchu and the others handing in good support all through. Without Soori and the little kid who plays his son, this film would have been a lot less enjoyable, and the praise for this goes to Pandiraj who constantly involves them in the proceedings.

Nirav Shah’s camerawork is neat, doing what the film needs. It is Imman’s music which upholds the film, with both the songs and the BGM contributing very well – Yenga Annan, Mailaanji, Unkoodave Porakkanum and Gaandhakannazhagi are all worthy stuff.

Namma Veettu Pillai could have gone the usual way if it had decided to finish off things with just the familial tension being settled out. But the film does give us more than what we expect it to be, with the life lessons also being peppered throughout and not preached to us in one single take. Pandiraj’s care in his writing and his conviction in steering the film away from what we see on TV serials makes Namma Veettu Pillai a very good watch.

Sivakarthikeyan and Aishwarya Rajesh are terrific in this engaging family entertainer, that everybody can relate to. Pandiraj Hits The Right Notes Once Again! 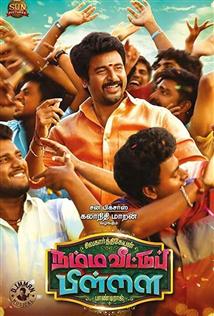