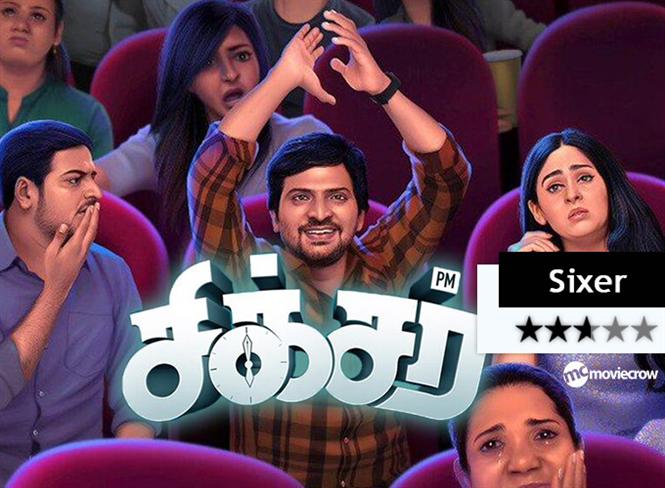 Sixer: A fairly engaging, middling comedy that is shouldered by an entertaining performance and a unique syndrome!

There have been a few Tamil films in the past that were based on a medical disorder or a particular syndrome. Following these attempts is Sixer, starring actor Vaibhav in the lead and being directed by debut director Chachi. With the subject being night blindness, the idea sure is very fresh. Does the film have the content and the entertainment factor to grip audiences?

Vaibhav plays a carefree architect working for a firm and lives with his parents, who are desperately trying to get him married. But what stands in the way is his night blindness. There is actor Satish who plays his best friend and Pallak Lalwani is seen as his love interest. What happens when the protagonist gets himself tangled in a sticky situation involving a corrupt MLA and a bunch of goons forms the rest of the story.

As for the performances, the lead actor Vaibhav is a seasoned performer and he is at ease with both comedy and emotions. His experience talks and he is comfortable playing the man with the unique syndrome. Some of Satish’s one-liners work here and there and Pallak tries hard to fit in as the heroine. Her dubbing could have been way better. Some of the characters that come along with the MLA are not very well defined and seem quite typical. One might think that these could have been better worked upon to strengthen the conflict.

The fact that the hero cannot see anything after 6 pm hinders a lot of things in his life and the scenes that build up to his syndrome are quite interestingly shot. Be it his introduction scene where we see him rush home to the Thalapathi movie that runs on his television or the interval block, the sequences that are based on the syndrome are fresh. In fact, the splash of humour is seen throughout the film as the entire treatment is light. This has worked both for and against the film Sixer.

While some of the scenes that demand for comedy are well etched out, some of the sequences do demand for a level of seriousness. For instance, there is a portion where the dangerous goons approach actor Ramar for help to catch hold of the hero. These portions are very predictable and shallow because of the fact that there is nothing that we do not know about them. We know that Ramar cannot kidnap or kill the hero and that the long scene would end with a dose of humour and the hero emerging as the winner of the situation. A slightly more depth in this layer that demanded for the seriousness, might seem essential/

Most scenes that involve actor Vaibhav are engaging and he has emoted and entertained well. Be it his comical, blindfolded fight sequence or his combination with Satish and his entire track with actor Chaams in the latter half, audiences are sure to enjoy these parts. Even the scene that sees him get entangled with the MLA and his men are natural and the protest portion has worked out for the film. Director Chachi has used humour as his trump card and this has paid off in quite a few sequences.

Technically, Sixer is a decent film with a lot of scope for improvement. The camera angles though neat, were not very creative. For films with such syndromes, a whacky approach might have worked wonders. Ghibran scores well with his background and the songs leave no impact. In fact, a couple of cliche numbers seem unwanted in the latter half and slow down the pace of the proceedings.

Overall, Vaibhav’s Sixer is an experiment based film that takes the commercial route and emerges as a watchable experience for some of its elements and the comedy. Director Chachi, who seemed very comfortable with the syndrome and its effects has done a fair job with his scenes. However, a slightly more gripping shot could have been possible if for a few changes off this commercial chart. One might wonder why the team did not want to experiment more with this syndrome and kept it safe to cater to the majority audience. The result being a fairly engaging Sixer, shouldered by a good performance from the lead and his friend, along with an interesting medical syndrome that keeps the ship afloat.

Bottomline: Vaibhav’s Sixer just about clears the ropes with its night blindness driven humour and drama! 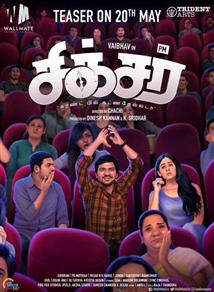