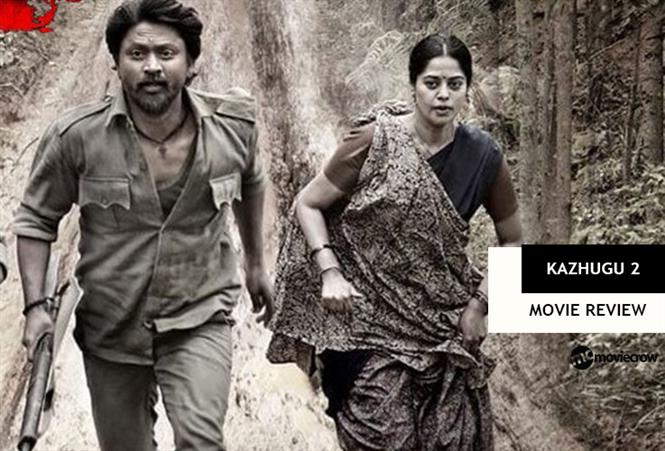 Actor Krishna rose to fame with the Sathyasiva directorial film Kazhugu also starring Bindu Madhavi. The film had garnered positive response upon release. The team is back with Yuvan Shankar Raja’s music and this time, its Kazhugu 2, a film touted to be a sequel to the 2012 film. With the entire backdrop set in Theni and the forests around, how does this film fare among its audiences?

Kazhugu 2 starts off with a sequence from 12 years ago where a bunch of forest wolves attack some forest workers. Immediately, there is a cut to 2019, the hero introduction followed by an item song with Yaashika in it. By now the audiences would have figured that Kazhugu 2 has nothing to do with Kazhugu and that the brand has just been used for the promotion.

Coming to the plot of this 2 hour long film, a young man and his friend played by Kaali Venkat escape from the cops to a forest where they are employed as guards for the forest workers solely because they are spotted with stolen guns from typical Tamil cinema policemen. The hero gets to meet the heroine at this forest and slowly love develops between Krishna and Bindu Madhavi. We have a couple of songs on offer to establish the same and then the so called conflict peeps in after a chunk of the first half is over. But no, that was a bluff and the actual conflict is seen to reveal itself only 20 minutes into the second half.

The man who offered the tender to the forest clearer stumbles upon treasure from the ancient times and eyes to bestow this treasure. How the hero and his friend intervene at this juncture and what happens next amidst these characters forms for the rest of the story. Even though the story might seem to have content, the screenplay is a big letdown as there is a snail paced first half on offer. Also, the way love blossoms between Krishna and Bindu Madhavi is so artificial in contrast to their natural love portions in Kazhugu. The only positive could be the tone and the selection of certain shots by the cinematographer.

As for the cast, MS Bhaskar does well in a supporting role and the lead actors are not bad. But none of this can save the pace of proceedings and one might just lose patience midway. Just when we think the film may take an interesting route, it becomes either predictable or the direction in which the film is narrated changes to a not so engaging manner. There is a particular scene where the heroine’s family calls upon a groom to their house and she is seen refusing the groom citing her love for the hero Krishna, who is also present in the same room of the house. This sort of a scene can usually create a good impact when shot tastefully but in Kazhugu 2, it is seen to fall flat due to a shallow state of affairs.

Technically. Kazhugu is just about average. Surprisingly, Yuvan Shankar Raja’s music, songs and background score leave no impact at all. Be it the love songs or even the item song, none of it stays in the mind. This could also be due to the fact that the situations in the film did not even demand for a song. The CG work of the forest wolves are decent and one might wonder why the makers did not utilise the dangerous pack of animals more often in the movie. Cinematography Raja Battacharjee is quite good for this sort of a film and the day for night portions along with the waterfall locations are good. Edit is draggy in the first half and the action scenes in the second half, especially towards the climax could have been better. There is a surprsing, mention worthy twist at the fag end, but it might just seem like it is too late to consume.

On the whole, director Sathyasiva’s Kazhugu 2 is a very usual love based drama film that lacks the punch that the so termed prequel had. There is potential for moments that could engross audiences but the depth is lacking in most of the scenes involving both love and emotions of pain. The climax and the post climax scenes are a saving grace and a usual pattern observed in the way Kazhugu ended has been implemented. Though this could have worked better, the makers have left a lot of boxes unticked in the first half and a predominant part of the second half that prevents it from turning out as an effective film like its prequel. What we have in the end is just another below average  film in the form of Kazhugu 2.

Bottomline: Kazhugu 2 - a shallow, below par attempt at recreating past glory! 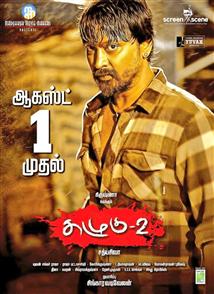