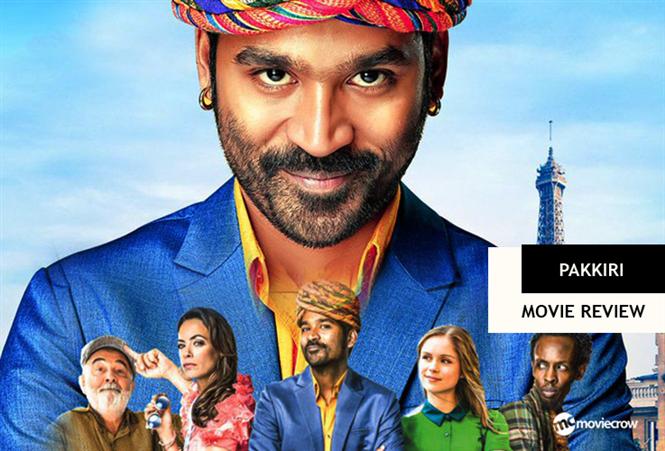 Making feel-good films may seem easy on the surface, but at the same time, they may be in the danger zone of getting too sweet or typical. When Dhanush came across a story of this kind for his Hollywood debut, he may have hoped for good things to come. But after watching the end result, one does feel that the film is a disappointment of sorts with very few good moments sparsely spread out.

Pakkiri starts off in the streets of Mumbai, and then moves onto the lanes of Paris thanks to a familial reason put forward by Dhanush’s character in Raja. Once he lands there, Raja finds himself in a string of peculiar events that take him to different parts of Europe, interacting with different people on the way. The film follows the journey of the man as he longs to fulfill the reason for coming to this side of the world, and also see if his love angle would work out with the girl he meets at first.

The main reason why Pakkiri doesn’t work out the way it has to, is because the film is too simple for our liking. Every incident that takes place in Dhanush’s path is either too farcical or basic, and does not hold our interests beyond a point. The first half does pack in some scenes which bring a smile to your face, but the second half fails to take itself seriously and just wanders with little of a motive. Despite the things that don’t go in its way, it is Dhanush’s performance in the film that brings in the brownie points until the very end. Without much of a physical strain, the role is a cakewalk for the actor who fits into the shoes of Raja so easily and pulls off an energetic performance overall. The other actors are honest to their roles, though none of them stand out.

Amit Trivedi’s music really helps the film progress, especially his two songs in Maya Bazaaru and Engleesu Lovesu which get your foot tapping. The cinematography pulls in great colors and is a feast to the eyes, especially with the story of the film country-hopping at will.

On the whole, Pakkiri could have been a lot better if it had more depth in its story, helping us dig deeper into the hearts of the characters. Right now, it is just a decent watch that does not promise much. If you indeed plan on watching it, do so in its original version in order to save yourself from the awkward dubbing at least.

Verdict: An ordinary drama that shines in parts. 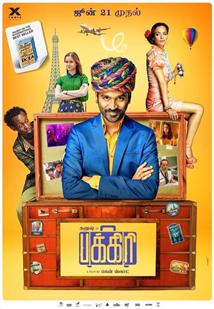