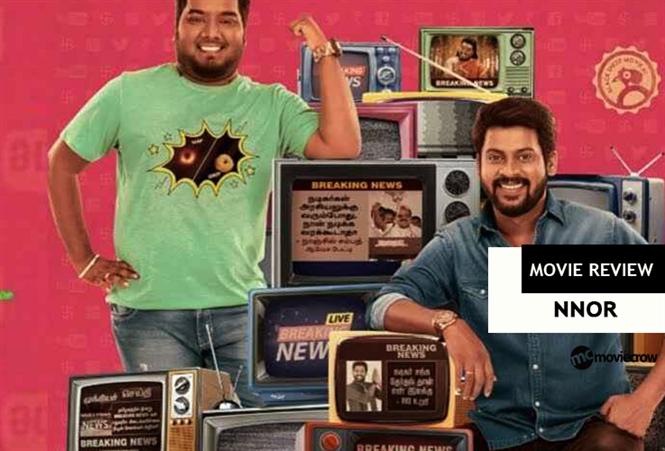 After Kanaa, Sivakarthikeyan’s next production venture is the fun oriented, light hearted yet sentiment driven film Nenjamundu Nermaiyundu Odu Raja, shortly known as NNOR. Starring Rio Raj, RJ Vigneshkanth, Shirin Kanchanwala and a bunch of youtubers, what does this flick have in store for its audiences and in what manner?

NNOR begins with a serious scene that stays for not more than a couple of minutes and the makers jump to the flashback that has the usual commercial film hero intro, intro song disguised as the internet song, a few attempts at humour using current affairs, politics and more. The film takes time to introduce its conflict or core plot. The moment we see the seasoned actor Radha Ravi, it is clear that we are getting into the thick of things and to be honest, on paper the film does have an interesting plot line that is sufficient for this sort of a film that touches the tangents of numerous genres.

The entire film is based on one chance meeting between Radha Ravi and the lead characters played by Rio and Vigneshkanth and what happens thereon forms for the rest of the story. There is a heroine, but not too much time is wasted on unwanted love sequences though there are hints of it here and there. Humour works in the form of effective one-liners here and there but what keeps NNOR afloat is the sentiment quotient. Though a large part of the film is driven by humour, it is safe to say that the emotional scenes hold the movie together in a better manner and this has been well worked out by director Karthik Venugopal.

As for performances, Rio and Vigneshkanth are pretty decent with the humour but one might think they could do better with the emotional scenes in the first few sequences of the film. However, the performances of all the actors in the latter half is on a better level and the scenes work well in the majority of this second half. Actor Vivek Prasanna has given out a good performance and he is easily the stand out in the entire picture. Radha Ravi and a few other actors from the Black Sheep team alongside Nanjil Sampath do their job as well. Shirin has a role to play and she is just about average with her act. But towards the climax, one might feel that most of the actors have done a fair job.

Special mentions to the station sequence, the rain portion where the hero is seen emoting well, the interval block that features a breaking news revelation and Radha Ravi’s long explanation scenes that reveal his flashback and motive in the movie. But what stands above all this is Vivek Prasanna’s couple of scenes that also forms the backbone of the entire conflict. There are a lot of references from current affairs and a jovial dig at the way politicians and their people have been treating each other in our country. Dialogues are pretty good and save a lot of otherwise old scenes that we might have seen before. Both with comedy and sentiments, the flow does not seem disruptive though there is nothing extravagant attempted at.

Technically, NNOR does not have scope for visual brilliance and quite obviously so. With maximum scenes following the commercial formula, there isn’t much scope to experiment. However, the edit by Fenny and Tamil Arasan is laudable and there are some nice cuts in certain sequences. Music by Shabir is just about alright and the cinematography seems apt for the genres touched upon.

On the whole, NNOR is a mix of all kinds of genres put together, driven by a strong emotional quotient that glues together everything else. There is an attempt for humour, a lot of recall value from instances seen in certain Youtube videos, popular pranks, politics, etc. The problem lies in the fact that all these seem disconnected from the rest of the film and appear as mere episodes that lack the depth and end abruptly at regular intervals, till the story is revealed. But what stays above all this is the soul of the film and the core idea that has saved the picture at the end of the day. The idea, though seen previously in films like Goli Soda and Kadugu, is a safe option and has worked out towards the fag end. A watchable, fairly engaging ride provided by team NNOR with a few impactful emotional scenes towards the finish.

Verdict: NNOR is a decent attempt at a comedy based emotional entertainer! 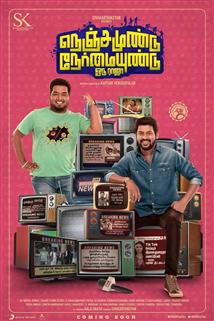