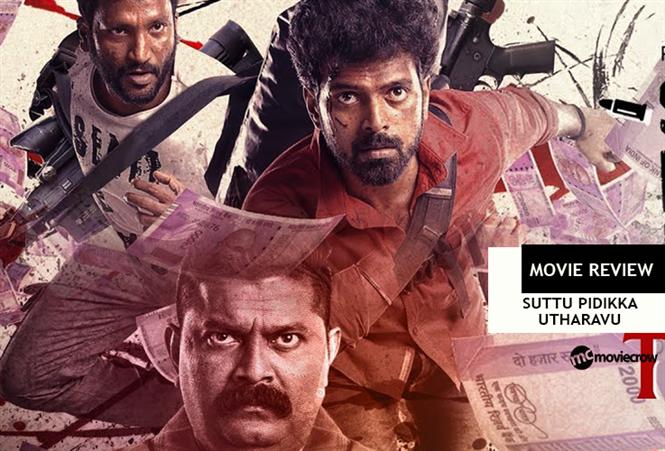 Tamil cinema and action have been best friends for long, as films in the genre have come by in many forms, shapes and sizes. The latest to join the club is Ramprakash Rayappa’s Suttu Pidikka Utharavu, a racy action thriller that manages to keep you engaged despite its flaws.

After making films like Tamizhukku En Onrai Azhuthavum and Pokkiri Raja which were based on interesting concepts, the director opts for a rather simpler line and brings in many characters together for one incident, to tell his story. The film begins with a heist headed by Vikranth and Suseenthiran, and from there on, the film keeps progressing with different characters from the police force, media, public and even terrorists pulled in. What Suttu Pidikka Utharavu does is that it successfully keeps us pinned to what’s happening on screen, but for a couple of comedy tracks that stick out like sore thumbs. The portions involving Mysskin, Vikranth and Suseenthiran are all plus points to the film’s narration, and it keeps the first half moving at a decent pace. It is in the final 30 minutes that Ramprakash pulls the rabbit out of the hat, giving you more action and managing to strike a surprise as well. The viewer’s perspective is toppled in the final hour, making it a crowd-friendly changeover that is quite enjoyable to say the least.

In terms of performances, Mysskin leads the pack with an apt show that is another feather on his hat. It looks like the director-actor is quite used to the acting patch, and can pull of such roles with consummate ease. Vikranth is earnest in his efforts for the role, which involve a lot of action, while Suseenthiran fits in decently as well. Athulya is good in her part, but it’s just the weakly written role that doesn’t quite stick well to the proceedings and feels like a speed-breaker.

Jakes Bejoy’s background score stands as a big pillar to the film, as he gets to prove his worth in a film that doesn’t have any songs at all. The cinematography is good as well, being a film that is majorly shot in the exteriors. With stunts being the high point, the team has put in extra efforts to make it believable and visually appealing to the eyes, the result of which has come out on screen.

On the whole, Suttu Pidikka Utharavu is a fairly passable watch that will not make you repent for the time spent at the cinema hall. It isn’t great cinema, but is good time pass.

Verdict: A decent action drama with some enjoyable stretches! 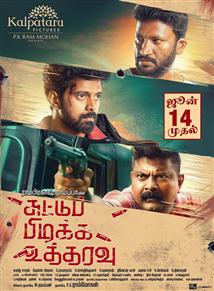