LKG Review - A political satire that is moderately funny! 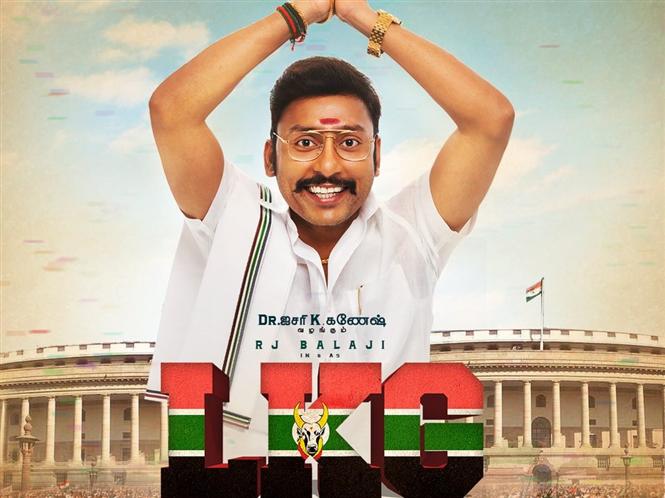 LKG Review - A political satire that is moderately funny!

LKG is the acronym for Lalgudi Karuppiah Gandhi. Is this funny? Well, it actually depends on the scenario. If somebody were to toss this off in a casual manner in between a conversation you would probably smile. But if somebody actually thought this would work as a big joke and stressed on it, you would probably be annoyed. LKG as a film belongs to the former category. Majorly a satire on politics, it isn’t rip-roaringly funny but sort of keeps you engaged. The makers seem to know their limitations and as a result though the weaknesses of the film keep getting exposed, they ensure that they have little surprises at appropriate moments.

The makers are definitely shrewd. Utmost care is taken to ensure that the jokes don't end up on them. They have taken a potshot at almost everyone and cleverly eschewed away from proposing any tangible solution. The tone of the film is to laugh at ourselves. The hero is a scheming politician, much like Sathyaraj in Amaidhipadai. He might not be as evil as Ammavasai but he is evil nevertheless. The film was initially rumoured to be the remake of Humble Politician Nagaraj (Kannada). While it is not, there are definitely parallels. The crux of both the films is that we get the leaders we deserve. While the Kannada film was about how an established politician prevents an aspiring youngster from setting things right, here the battle is between two politicians – a novice (atleast relatively) and a veteran.

RJ Balaji is adequate and does a neat job. While I thought that roping in Nanjil Sampath was a gimmick, he is cleverly and aptly used. I really hoped the casting and performance of the supporting cast was better. Most of the jokes are merely direct references to recent happenings or personalities. But nothing memorable or funny is created or recreated. I cannot recollect one solid joke where an actor did something that was funny. You spot the reference, smile a bit and then wait for the next one. The issue for me is that we have memes for this. Open social media and spend an hour and you will have sufficient entertainment. So when a movie for the major part does almost the same I am left a bit disappointed.

What I did like was the film sort of treated the character of JK Ritheesh with a certain sincerity. He wasn’t conveniently bracketed as a corrupt politician. In fact he plays a reasonably moral character in the film. The climax worked and is the major reason for the film to come out unscathed. Though you can see it coming, RJ Balaji delivers solidly in this portion.

LKG does pass, thanks to its crisp running time and the climax. But it should have been a whole lot funnier. 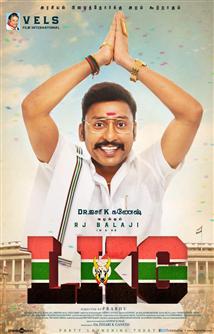