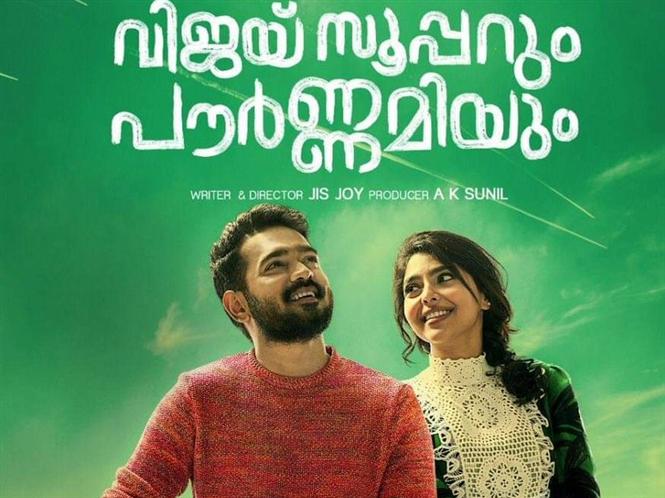 Vijay Superum Pournamiyum is the official remake of Pellichoopulu, a hilariously feel good entertainer from Tollywood that won hearts at one go! In hindsight.. if you look at Pellichoopulu, one might get that the film and the treatment of humour in it is such a tailor suit element for the new age Malayalam cinema. The subtle drama.. The throbbing positivity.. Vibrant stroke of characters.. everything about it is rooted and relatable. And here is a film, three years later, directed by Jis Joy.. with Asif Ali and Aishwarya Lekshmi replacing Vijay Devarakonda and Ritu Varma in their respective roles.

Keeping the core of Tharun Bhascker's story intact.. Jis Joy has tried his best in interpreting the film in his own way. It works at some places and falls at many. There is an interesting birth story angle to both the characters. We get why Vijay and Pournami are being the way they are. There is a bit more underlined take on pressure of arranged marriage and dowry system. Vijay agrees to the marriage only because the dowry amount he could get might help his family to recover from the financial debacle they are going through. Similarly, Pournami is a fan of Chitra and A.R.Rahman.

Unlike Pellichoopulu.. the characters here are bit conventional. For example, Vijay's father is very much a 'white' man who won't bribe / lie and sell a thing. There is Vijay's grandmother who keeps pulling him back whenever he goes off track. There is a character of an ailing old woman as Pournami's neighbour (which doesn't add anything to the main narrative) who Pournami is very much fond of. Even an already dramatic stretch like one where the protagonist fails to delivers a food order is very melodramatically approached. The laziness and lack of interest that was treated as his character trait is almost wiped off here.

The need of drama over every character reduces the casual effortlessness that surprised us in Pellichoopulu. It is all situation driven, cinematic scenarios here. Even the climax, which was handled in the subtlest of ways in the former where they both just realise how much they love each other is blown up to an extended sequence of their entire families listening to radio, waiting and asking them to propose each other!

Asif Ali is perfect as Vijay, the looser boy who keeps struggling to not be an embarrassment to people around him. However, it is Aishwarya Lekshmi who steals the show. She stands a bit more confident and convincing in portraying the character than Ritu Varma. The presence she brings in to the screen is a delight to watch.

Prince George's soundtrack is interesting. So is the cinematography of Renadive. Still.. Despite being a sleek rom-com story, the film somehow lacks the josh and exuberant joy it delivered in the original.

Jis Joy's 'Vijay Superum Pournamiyum' is a low-key version of Pellichoopulu where the jubilantly vibrant story and characters are toned down to drama and melodrama. 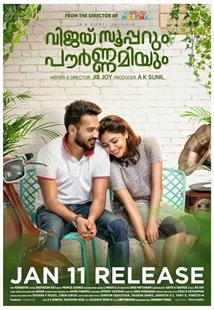