Maari 2 Review - Naughty Don is back with a commercial cocktail 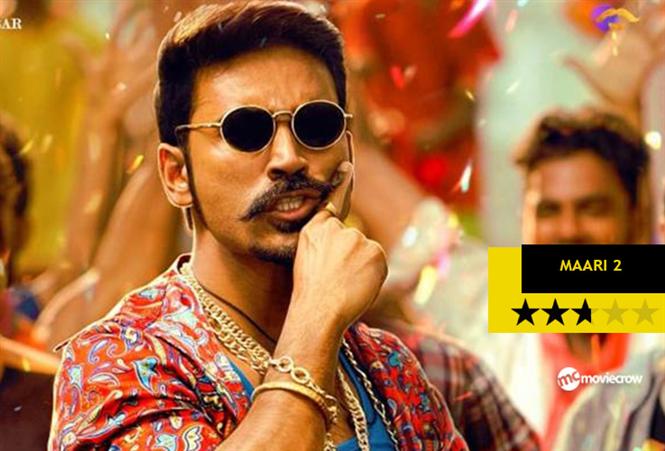 Dhanush effortlessly plays the role of a naughty and quirky don. Dhanush proves again that he is a multi-faceted actor who can pull off anything with consummate ease. Dhanush shows-off his impressive six-pack and muscular tone hidden behind his lankiness.

Maari 2 scores high on the beautiful romance between Dhanush (Maari) and Sai Pallavi (Anandhi). It is an absolute delight to watch the beautiful chemistry between the lead pairs. It is not an exaggeration to say Sai Pallavi outperforms Dhanush in almost every combination scenes together. Sai Pallavi’s dance moves in Rowdy Baby is fluid and the pair totally rocks the screen. Sai Pallavi's face lights up in a flash and spontaneous in her wide range of emotions.

Robot Shankar and Dhanush combo and their comic timing are in perfect sync again. Krishna plays an important role as a friend and it is obvious some portions were written to increase his importance. The same goes for Varalaxmi Sarathkumar, who adds some seriousness and depth to the character. However, Varalaxmi needs to be careful about getting stereotyped as long-sleeve- wearing politician or an IAS officer in future movies.

Balaji Mohan’s directorial sensibilities are intact in the comedy and romance scenes. The way the "100 not-out" is referred to keeping count of murder attempts shows the director's uncanny sense of humour.  However, the mass action elements built around the villain track appear forced and predictably repetitive. There are a dime a dozen directors who can do the same. Balaji Mohan takes inspiration from Rajini’s “Baasha” and openly credits it in a theater scene.

The director could have simplified the sub-plots by one layer and added some of his delightful signature elements.  The climax drags a bit with the predictable unfolding of scenes and extended fight sequence.  Also, it is also  confusing why the director had to force the hero to be gone for many years and coming back again with all the casts and characters showing zero signs of aging. This is a proof how much the director must have really cared for the logic and reasoning.

Yuvan Shankar Raja’s Rowdy Baby and Ananthi tracks show that the musician is back in his true form. Yuvan’s BGM elevates some of the cliched scenes that may very well have fallen flat. Finally, it must have been a relief for Dhanush to see Yuvan able to finally fill in the shoes of Anirudh. Om Prakash’s camera angles, tone and lighting make the movie look like a bigger budget and higher production quality. The art department in Rowdy Baby and set properties are detailed our well. The editing tries hard to keep the different pacing of constantly flipping of scenes look more streamlined. The team has tried hard to bring some new ideas with angles and stunt choreography. The dance choreography in Rowdy Baby requires a special applause.

Maari 2 is loaded with festive spirit and has all the ingredients aimed at box-office success. For most parts, Maari 2 is a harmless movie with heart-touching love, naughty don, sarcastic humor, fantastic dance and customary mass action scenes. Maari 2 shows some promise to emerge as the winner in the flood of movies year-end releases. 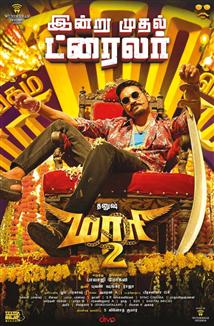