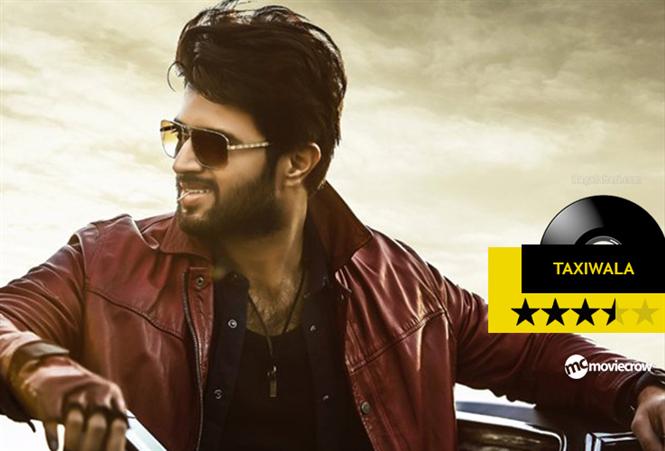 Taxiwala is Vijay Devarakonda's next. Having said that, the film is already in its prime demand. The promos and teasers that gave us a glimpse of an uber cool Taxi man is up with a breezy, melodic and a beautifully ear worming soundtrack. With lyrics by Krishna Kanth, Jakes Bejoy's indieness in his music adds so much to the new wave commercialness that Vijay passionately tries to bring in his films.

Ladies and Gentlemen : The tapping, guitar riffing number by Hemachandra and Jakes himself is a stylish track that sings for the hero. It defines attitude, luck, dreams and the kind of lifestyle that the man is aiming for. The chorus howling under the vocals sway a swag flavour! The shift in melody to a rap zone is interestingly done. And those final thumping beats.. Adrenalin rush!

Maate Vinadhuga : The number that has already won hearts when released as a single, sounds even more delightful amidst the company of other vibrant tracks in the album. Sid Sriram, who earlier this year sung 'Inkem Inkem', the song of the year for Vijay.. sounds as fresh as he was when we listened to him for the first time. The yearnings in a tune gets beautifully translated into emotions with his touch. The 'Maate Vinadhuga' hook that he keeps repeating like a chant is so catchy that when the song fades towards to its end, the fragrance of the rendition still swirls around you!

Crazy Car : The quirky song celebrates the hero of the film.. the car! Revanth Kumar emotes with all the joy in his singing. It is in his high pitch, the song gets its mood! The melody that embraces the instrumental jammings happening all over is glee. The Frenchistic interludes are nothing short of fun! The song literally makes an aural candy for us to fall in love with the vehicle even before we get to catch it on screen.

Neeve Neeve : The only female track of the album is by Shreya Goshal. Who else can be the pitch perfect choice to sing a melancholy, a lullaby that heals if not Shreya? The tune is soothing. The wavering hums that Shreya adds keeps lingering in your heart. The orchestral interlude followed by a drop of silence that quietly opens to the song again is calming. The closure is very satisfying.. for an album with tracks as masculine as they are.. in a film that stars Vijay Devarakonda and a Taxi.. there is a motherly vibe to this track, which assures one that with visuals, there is much more to this film!

With rocking tracks and heartening melodies, Taxiwala's soundtrack is your go-to-album when you kick start your evening rides. The alluring vibe this album hits you up with is all that you need for this November! 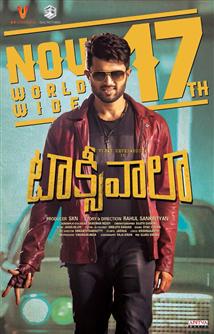