Kolamavu Kokila Review - Does the job! 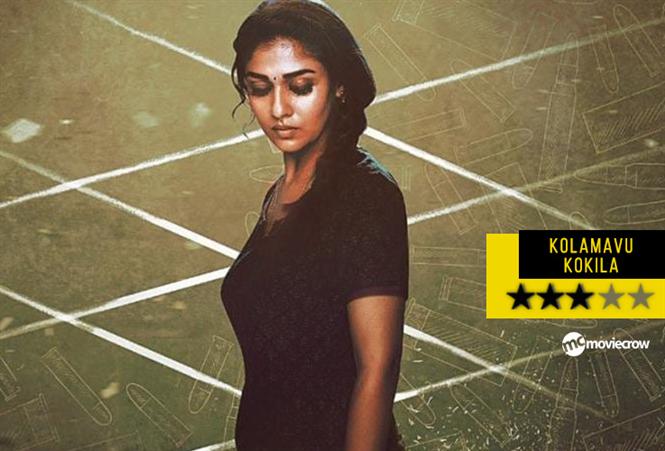 Kolamavu Kokila Review - Does the job!
Bharath Vijayakumar
It is quite evident what Nayanthara is doing. She is clearly enjoying this phase where she is the STAR and everything revolves around her. She certainly has a presence but what is actually doing the trick is her choice of films. In stark contrast to 'Aramm,' she gleefully plays Kokila in this Nelson directed dark comedy, a film that wears its amoral attitude like a badge of honour.

Kolamavu Kokila starts a bit shakily. There are no false notes as such but it does take a while for the film to establish a connect. Nayanthara seems too consciously aware in these parts where she is playing someone extremely innocent. This flavour of her remains intact through the film but it works in favour of the film later on, as her inner demon starts to unleash itself. It is as though the character Kokila by herself is wearing an innocent mask to mislead people around her.
Nelson succeeds in writing interesting and quirky characters. The obsessed lover with verbal diarrhoea and the stupid but confident henchman are a riot. The actors playing these two characters ensure that the eccentricity is translated superbly on screen. Yogi Babu, Saranya Ponvannan and Motta Rajendren too are in fine form. Nelson certainly has a taste for humour and there are stretches of rollicking fun. But this is also a film that takes body shaming to an all new low. One character on account of physical appearance is referred to as 'unwashed toilet', in what is supposed to be an attempt to evoke laughter. To be honest, such attempts do succeed , going by a sizeable section of the audience who seem in no mood to even understand the repercussions of body shaming.
The film might be a comedy but it is always mindful in propelling 'Nayanthara the star', ably aided by Anirudh's score that plays to the gallery as she walks in slomo. For a film that is about a seemingly innocent protagonist taking things on her hand, she seems to have everything too easy. She is supposed to be in a do or die battle but the tension is entirely lacking as whenever she is caught on the back foot, it hardly takes a minute for her to set things right. The makers probably wanted to trade the tension for laughter. But doesn't that pull back the essence of a black comedy? A more even cat and mouse game is what this film needed.  Thankfully, despite the star driven mode in which the film operates it never goes overboard at any point with respect to glorification of its star.
It is quite heartening to see a fun film and that too a dark comedy with a female protagonist. The film attempts to reverse the idea of women being the submissive gender. In more than one situation in the film, it is the women who are shown as more hardened and willing to bid goodbye to their emotions while the men actually think twice before pulling the trigger of their guns.
Bottomline:
Kolamavu Kokila is an easy watch with a healthy dosage of laughter.
Rating: 3/5 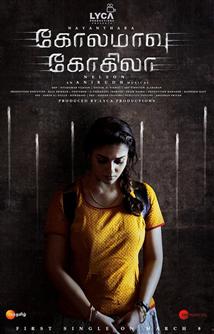