The first look posters from Sasikumar's upcoming film Kodi Veeran was unveiled by the actor-director at midnight. The film is a production venture of Sasikumar's home banner Company Productions and is directed by Muthiah of Kuttipuli, Komban and Marudhu fame. Interestingly, the posters of his new film have revealed that the director has chosen a rural story yet again. The technical team of Kodi Veeran includes S.R  Kathir for cinematography and Sundarapandian fame N.R. Raghunathan for the music. 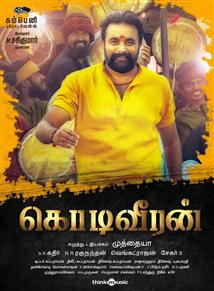