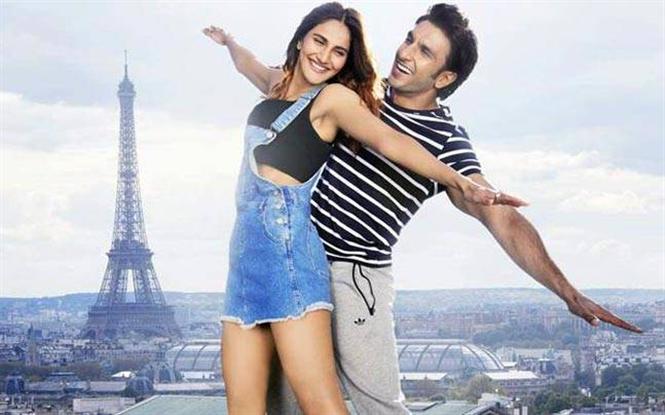 What are the odds that you move to a new city and one of the first things that you end up doing is to try and get connected to someone interesting in the hope of anything, ranging from fun to something deeply serious? How about that new city being in a totally different country, adds to the fun quotient right? How difficult or easy the challenge is would depend on the individual in question, but this is something that I’m sure a lot of us can relate to. We’ve either done it, know of people who have done it or we want to do it. That’s why dating apps are so much in vogue right? So why am I talking about all this? Simple, because Aditya Chopra’s Befikre has set me thinking on these lines, it makes me realize that Dharam’s (Ranveer Singh) pursuit of women and his bonding with Shyra (Vaani Kapoor) is something that is so easy to understand, to connect to and to appreciate.

Aditya Chopra is someone who preferred to focus on developing Yash Raj Films as a studio, becoming a potent force as a producer, in the bargain making the director in him take a backseat. This is why perhaps, that despite the near universal acceptance for his first film- DDLJ (1995), he went on to only make 2 more films over the next couple of decades, Mohabbatein (2000) and Rab Ne Bana Di Jodi (2008).  Hence it was no surprise at all when YRF went on to announce last year that Aditya Chopra would return to direction with a new film, Befikre.  But it indeed was a surprise to know that the film was not going to feature his favourite collaborator, SRK but Ranveer Singh instead. Edging closer to the release the promos, posters and songs promised a colourful film full of zest and appealing to the youth. But it had its fair share of detractors as well. So has Befikre turned out to be a really impressive act for Aditya and does the film score on the vital aspects?

Dharam lands up in Paris from New Delhi, to join his friend’s bar and perform his variety of stand-up comedy in Hindi (would something like this be even feasible in Paris as a business idea?). He goes on to come across Shyra Gill and they hit it off instantly and soon get into a relationship. Neither of them are keen to get committed or make the relationship formal, a year later they go on to split up as well. They soon patch up, but this time choosing to remain as friends and things seem to look all good, till the entry of a new guy in the life of Shyra. What happens from thereon is what the rest of the film is all about. It takes no great ounce of wisdom to realise how the tale would end. But then that’s not so important, what is indeed important is how the build-up to the culmination happens and if we manage to get engaged and entertained in the process.

Aditya goes back and forth in time initially as he takes us through the two different phases in the relationship between Dharam and Shyla. The writing ranges from strictly average to good to fantastic, and it all depends upon the way the moments are constructed. One of the hallmarks of an Aditya Chopra film is the way the emotional angle is explored, but strangely this is one aspect that Befikre just does not get into much. Maybe it was a deliberate act over here as the idea probably is to only let us be a participant in the tale of Dharam and Shyra but not to have any sort of emotional attachment to the proceedings otherwise. While the film is nowhere in the league of Aditya Chopra’s previous films, appearing more as a fresh take on contemporary romance, the climax is something that makes you rub your eyes in disbelief. Forget his own work in the past; it is really strange as to how he could have come up with an outright slapstick climax which is cringe worthy and not funny at all.

Kaname Onoyama’s cinematography is of course one of the highlights of the film, capturing the grandeur of Paris in all its might and glory. Vishal-Shekhar’s compositions (songs produced by Mikey McCleary) compliment the mood of the film and the songs have also been executed wonderfully on screen. The casting choices are effective; Akarsh Khurana and Ayesha Raza play the Punjabi parents allowing their daughter with French values to lead her life on her terms, with a lot of grace and maturity. Armaan Ralhan as the banker who gets betrothed to Shyra is also very effective. Ranveer Singh and Vaani Kapoor are of course the main reason for ensuring that the film stays watchable all the way. They share a wonderful chemistry, look out for the dance segment just a little ahead of the silly climax and that is just an example to show their good work.

Ranveer is in his comfort zone playing Dharam and he plays the Dilliwala at heart but in love with Paris in style. Vaani Kapoor is a revelation and she oozes charm and sex appeal in her portrayal of Shyra. Overall Befikre is a fun film that’s quite watchable, but certainly nothing beyond that.

Viewed as a standalone film Befikre is a time pass entertainer with its lead pair pulling off their performances in style. But for an Aditya Chopra film it certainly breaks no new ground for sure. 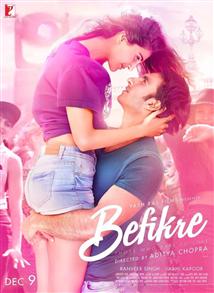