Uriyadi Review - A gritty thriller and a rocking debut 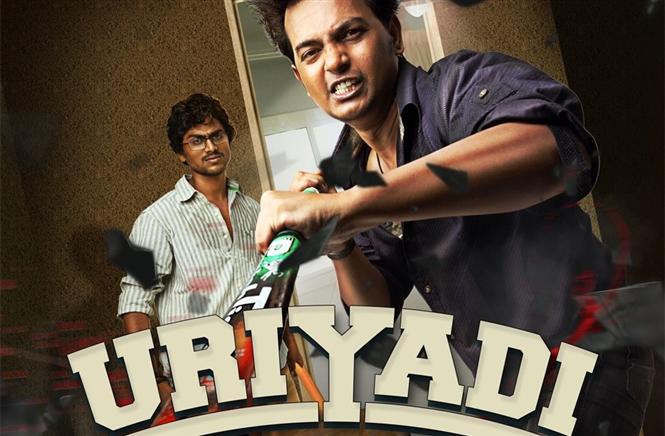 Uriyadi Review - A gritty thriller and a rocking debut

There are no two ways about it. Irrespective of whether you enjoy/approve the content of Uriyadi this is a rocking debut from a filmmaker who knows exactly what he is doing.

A straightforward revenge thriller that plays out as a cat and mouse game between few engineering students and a caste based politician - goonda nexus.

One of the film's biggest strengths is the almost absent acting. It all seems so real that it only makes the proceedings more chilling. Mime Gopi is the only reasonably known face and he is very good. The director Vijay Kumar also debuting as an actor is adequate. So are the guys plays his best pals. While the film does not have anything to showcase their histrionics

they do seem to be at a certain ease before the camera. Suruli as the womanizing part-time student is so good that you might turn your face away the next time you see him somewhere.

The locations add to the authenticity of the film. The hostel, the college labs and the neighbourhood dhaba - all look so real. The hostel in particular being open on all sides with easy access to everyone keeps reminding of the impending danger.The action sequences are raw. But surprisingly they never make you squirm. The intensity is very much there but it is not in your face violence.The background score keeps the tense factor on without trying to overdo or make its presence felt. The credit reads that the score is by Vijay Kumar. The director himself? A solitary romantic track that plays out as a montage and the theme song 'Agnikunjondru' does make us take notice of Madras Cafe, the composing team.

This is a rocking debut of a filmmaker. Uriyadi has a very simple line as its core. But the film is packed with incidents. The conflict is opened right at the start of the film and there is literally no second wasted. You got to watch the film to realize this. The entire run-time in fact keeps the feel of a climax. The biggest surprise for me after watching the teaser and reading few reviews about the brutal violence was the way this was presented. The lead up to these violent scenes is actually what keeps your pulse rate high. The real action in itself is not shown in its ugly form. It is the after effects like a bruised face that drives home the message. Another noticeable aspect is that the tale is narrated without glamourising or glorifying anyone. You do root for the underdog but they are not shown as gullible youngsters. It is not that they react when pushed to a corner. They are quite hot headed and give things back, as and when someone meddles with them. This refrain from glorification continues till the end even after 'an eye for an eye' is achieved. The only glorification came from the claps of the audience as the film drew to a close.

Time and again we do get reminded that small can sometimes be huge. Uriyadi is the most recent example.It is a gritty thriller that keeps you amazed. 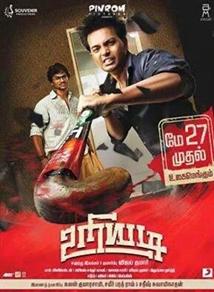