Ranjith must have envisioned an ultra-stylish gangster movie set in Malaysia. Ranjith sticks to the core script from start to finish without making compromises pandering to the masses. It is good that the story doesn't deviate from the main thread.It is also bad because the scenes become single dimensional after a point.(more)

Kabali is more of a Ranjith film than Rajini's.

Usually, when a new director works with a big star like Rajinikanth, they tend to adjust the flow of the film for the hero's stardom but Ranjith has extracted what he wanted for his script without compromising much.(more)

Rajini carries film on his shoulders

Rajinikanth puts up a performance like never before. He looks dapper in a well fitted suits in pastel shades and his styling is top class - A big thumbs up to designer Anu Vardhan. The actor even at this age carries the film on his shoulder. It is the strong screen presence and sheer aura of the man that keeps us rooting for the film.(more)

To be happy seeing the Superstar in this new avatar where he absolutely kicks ass transporting us to his 'raw-actor' days or feel frustrated thinking about the innumerable ways the movie could have been scripted and staged better... the choice is yours! (more)

But where the plot stutters the subtle mannerisms become the strength of the film � deft hand movements, a sarcastic smile on the corner of the lip and close-ups of Rajinikanth where the raw actor in him comes out, reminiscent of his past character roles. And that is why Kabali will be talked about, for Rajinikanth's emotions. (more)

Kabali is definitely not your regular Rajini film

There are lengthy conversations between the actors and emotions seem to play a bigger role in this gangster movie. The spotlight is almost entirely on the love story, and neither the workers nor the gang wars or its leaders are given any importance. (more)

An unsatifying clash between the impulses of star and director

Kabali doesn't pander to his fans. No comedy. No punch lines. And yet, it must be said that Rajinikanth does more for the movie than the movie does for him. (more) 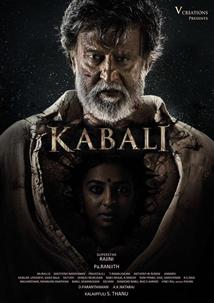