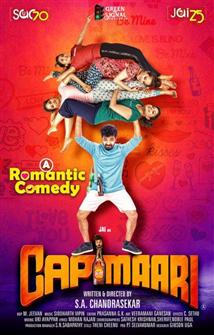 Titillation in the guise of a romcom

The dialogues are filled with double entendres while the music uses moaning sounds to indicate eroticism. But the adultness in the content is not the problem. Where the issue lies is that for all the virility of its characters, the drama in this script remains flaccid.(more)

SAC's adult comedy has a bit of both