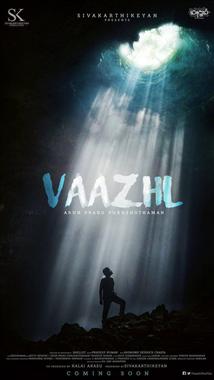 A Bold, Breathtaking Experience From The Makers Of Aruvi

The film questions some of the taboos, makes us crave for a trip across the world and also entertains us with a tiny tale between a kid and a young IT lad. Like a famous saying goes, it is not just about the destination but also about the journey, Vaazhl takes an interesting route to impress film audiences.(more)

Vaazhl, which emphasises the need to explore life and live for today, might appeal to those who love motivational and travel flicks

Vaazhl belongs to those soul-searching films in which the aimless protagonist realises the purpose of life and the need to develop connection with people who they never valued in life. The movie, which conveniently breaks genre conventions, engages the viewers to an extent, thanks to a few intriguing sequences and convincing performances from Pradeep, Aahrav, Bhanu and Diva. It is the unpredictability of the sequence of events which keeps the viewers hooked. (more)

Philosophical musings are great, but where's the movie

Arun Prabu Purushothaman's 'Vaazhl' tries to defy the framework of a screenplay. In doing so, it ends up looking like a science experiment gone wrong (more)

A trippy, meditative film on the meaning of life

Like Aruvi, Vaazhl is a product of personal filmmaking. It is smart, funny and even hallucinatory. The philosophical theme and the existential questions that the film tackles are not unheard of. But, the way Arun navigates this familiar territory of spiritual quest with a burst of colourful and soothing images with composer Pradeep Kumar�s meditative score keeps us invested in the narration.(more)

The strength of Vaazhl is this irreverence. It treats everything we hold sacrosanct in modern life with derision. It mocks every person and every belief. By extension, it also disregards genre conventions. It�s a thriller for a few minutes, murder mystery after, comedy in between, travelogue later, and almost a memoir in the end. (more)

The core idea of Vaazhl is how one should come out of the materialistic life in which we trouble ourselves with too many mental hurdles in the name of our job, money, relationship, and so many other societal factors. Though it's a sensitive subject that can be very well handled artistically, Arun has treated it light-heartedly. The heavy subject looks so easy on the screen, thanks to the lively characters and cheerful one-liners that constantly put a bright smile on our faces. (more)

Vaazhl reminds you to celebrate today, with a lavish, grand audio-visual experience.

Vaazhl has a lot of takeaways for the viewers, coupled with strong technical work. If the engagement was better and screenplay issues were sorted, Vaazhl could have given us the experience of a lifetime. Nevertheless, this film cannot be dismissed easily, and credits must be given where it is due. Arun Prabhu is a force to reckon with in Tamil cinema, for the skilled craft he possesses.(more)