Vishwaroopam is Kamal Haasan's most genuine and sincere attempt till date.

Kamal Haasan's hardwork as actor and director is evident in every scene. Kamal deserves kudos for making a truly Hollywood style thriller set against the backdrop of terrorism. Kamal brings down the house in his role as the effeminate Kathak dancer during the first segment.(more)

Sanu Varghese's spectacular cinematography becomes as important as the actors in this thriller. The camera takes us into the dangerous alleys of New York and the muddy, rugged terrain of Afghanistan. In the opening sequence involving pigeons, Varghese captures the mood of the birds giving us a hint of an ominous force at work. The songs composed by Shankar, Ehsaan and Loy gel with the narrative of the film and the trio experiments with different genres to offset the mood in Afghanistan. (more)

The film is on par with Hollywood standards

Of all technical aspects, Sanu Varghese's cinematography stands tall, as he has done a brilliant job. He has wonderfully captured some of the rarest locales of Afghanistan. Shankar Ehsaan Loy's two songs are good and background score is excellent. Especially, it is a treat to watch the Jet Fighter scenes on Auro 3D sound format. However, Mahesh Narayanan's editing would have been better had he reduced the length of the film. (more)

Kamal Haasan is brilliant in Vishwaroopam

The action sequences are well executed and considering the inhospitable terrains they were shot in. Sanu Verghese�s camera work is noteworthy as he brings a certain slick look to the whole film. The art department also deserves mention for locating some fine spots. Mahesh Narayanan could have been tighter with his editing. (more)

One of the commercially best made movies of Tamil cinema

Cinematographer Sanu Varghese and art director Ilayaraja are the two key stars in Kamal�s technical team. The former framed some great shots of the Afghan landscape whereas the later brought home the Tora Bora caves. Shankar-Eshaan-Loy is the best thing to have happened to Vishwaroopam. The movie would not have turned out to be what it is, without their music(more)

Vishwaroopam is a must watch!

Technically it is one of the best films to emerge out of south. The camera work of Sanu Varghese is terrific, especially the way he has taken New York and Afghanistan replica in some studio in India. Shankar Ehasan Loy's music and back ground score is adequate. The down sides is that film should have been a little more crisp and the second half with an open ended climax for a sequel looks a bit stretched. (more)

Vishwa is a kathak teacher whose wife Nirupama wants to divorce him because she's in an extramarital affair. And he's even not Alpha-male. But wait, she discovers her husband is not the simpleton she thinks he is. Saying anything more at this juncture will spoil the plot.(more) 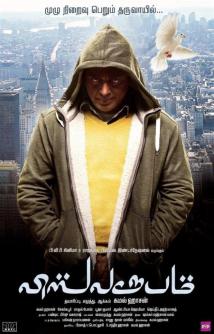