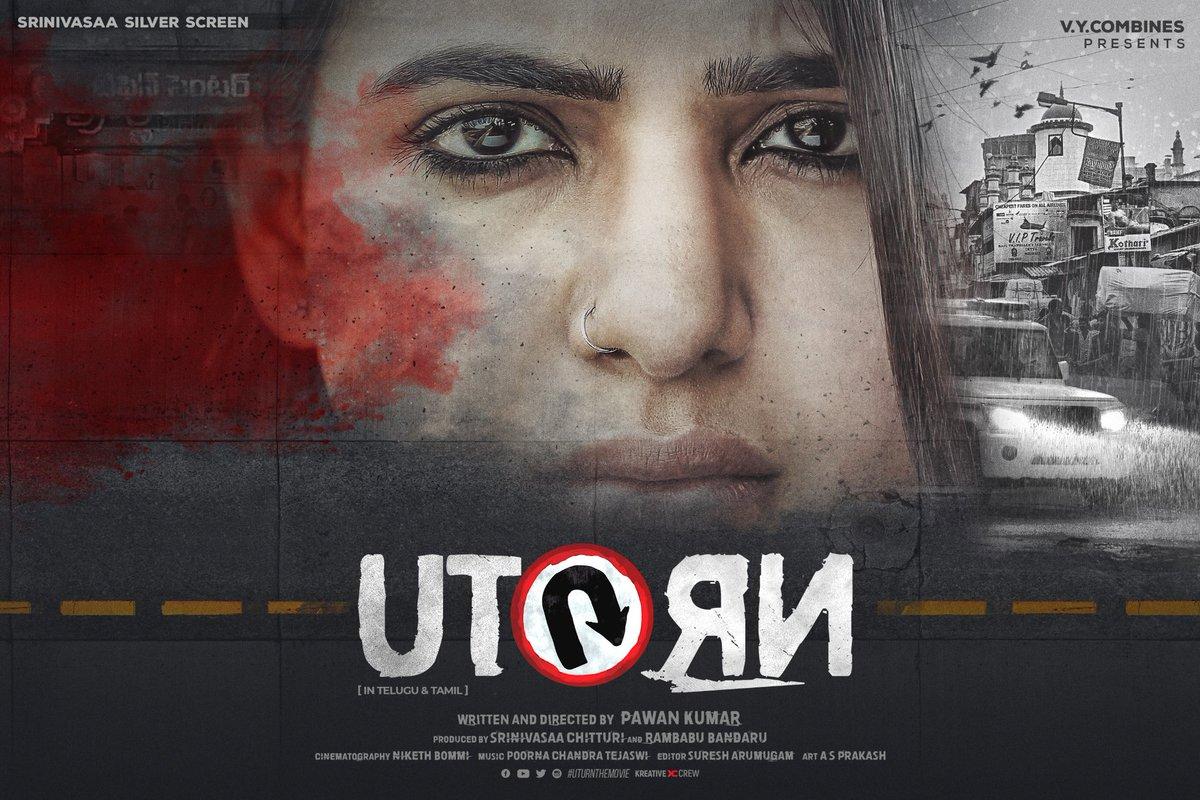 A Mention Worthy Remake From Team Pawan And Samantha!

The basic idea of the double road flyover is something that has not been tried or tested in Tamil cinema and this immediately creates an interest in the mind of the watcher. What makes U-Turn engrossing is its technical superiority. Pawan deserves credit for the detailing of the "U" in several objects and references throughout the movie.(more)

An engaging edge of the seat thriller with a good social connect.

U-Turn has a crispy run time of just over 2 hours and manages to keep you fairly engaged. However, the director seems to be in a rush to end the film, and it takes a lot of tropes that you may see in a usual thriller. By the time the major twist is unveiled, we have a slight idea of what it is. The bland interval block too, doesn't raise much curiosity, which is a very important element for a film of this genre. (more)

The film, unlike regular whodunit thrillers, is different -there isn't any cat-and-mouse game, yet it holds your attention.

The film, unlike regular whodunit thrillers, is different - there isn't any cat-and-mouse game, yet it holds your attention. With a subtle message and some emotions, the climax, too, isn't the same as the suspense-filled mystery you often come across in Tamil. It, however, could have been more convincing. The film, a bilingual, and has nativity issues in some scenes.(more)

The road to discovery

If you're on the way someplace as you're reading this and have not watched the Kannada original, we suggest you take a 'U-turn' and head to the nearest cinema hall screening this film. Welcome to Tamil cinema, director Pawan Kumar. We hope to see more of your work soon.(more)

Pawan has added more thrill elements in the pre-climax portion by including a twist in the characterization of Rahul and the revenge angle. Otherwise, the director has only faithfully remade his original version. Another drawback is the film has a Telugu flavor to it in the dialogues that the Tamil lines doesn't sound natural.(more)

Samantha Akkineni brings a good thriller that will throw a curveball in your face just when you believe you have it all figured out.

The most impressive thing about this film is the fact that it is a remake, and yet has succeeded in adapting to bigger audience. Pawan has challenged himself by reworking the climax of the film, which makes it interesting to the audience who have already watched his original U Turn in Kannada. U Turn is beautifully written and stunningly performed. Nobody has made a stronger case for embracing the chaos till now.(more)

There are plenty of twists and turns that keep you hooked till the very last scene. The director, at the end of the film, says his story is based on real-life incidents. What impresses most is Nikketh Bommireddy's camera, which gives the film its eerie feel, supported by the background score by Poorna Chandra Tejaswi. Pawan has a clever storyline as he harps on karma, the underlining theme of the film. It also delivers a hard-hitting message on how important it is to obey traffic rules. The film has its weakness as it oscillates between the real and the implausible; making it difficult for the screenplay to bridge the gap, especially in some key portions during the second half. The paranormal activities are tough to swallow.(more)

Samantha's nuanced acting is treat to watch in gripping thriller

U Turn, which addresses an important issue, is a well-made gripping thriller worth your time and money.(more)

U turn is a good watch for those who love thrillers, it should certainly fulfil the thrills. A small act of kindness can result can make a big difference, the same goes for a mistake. A small mistake can present itself with big consequences. Stop taking traffic rules for granted, that is the moral of the story.(more)

The climax first looks contrived and pans out like a moral science story but in retrospect, you realise the director was walking to this end all along. The many 'U's and Poorna Chandra Tejaswi's BGM that keeps echoing 'karma' are the hints that Pawan keeps dropping throughout the film. But it is only at the end that you realise you too were an Aditya.(more)

. Though Shraddha Srinath did a good job in Kannada, Samantha delivers a better performance as an obsessive truth-seeker who puts herself in danger for some answers. Aadhi also scores points with his composed yet agitated performance as a wise police officer.(more)

This Engrossing Tale With Impressive Turn Of Events Will Keep You Hooked!

U Turn is indeed a faithful and effective remake of its original version from Kannada. The film has a gripping narrative pattern and more importantly, it does deliver some important messages as well. (more)

U Turn is a fair-enough outing (it may play better for those who haven't seen the original). But the intensity in the build-up isn't matched by the corny conclusion(more) 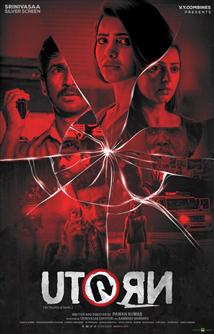