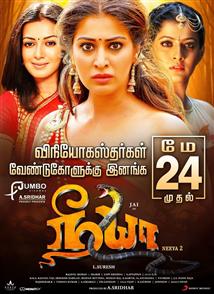 This pretend sequel has no bite

You put in so much faith, and what do you get in return? The film hissing all over you.(more)

For large parts, Neeya 2 feels staged than filmed, like watching an age-old drama recorded on camera than a film itself.(more)