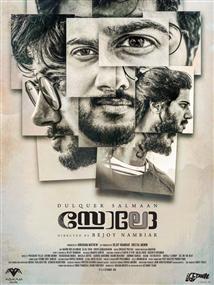 Good in Parts, But a Let-down Overall

Dulquer Salmaan does well, appearing very convincing in all his 4 avatars, bringing out subtle but relevant changes in terms of body language, dialogue delivery and even physical appearance. But unfortunately Bejoy has been inconsistent, the film going on to both impress and disappoint in equal ways.(more)

A roller coaster ride with a mix of highs and lows

Solo has its moments though at times, it suffers from its writing. On the whole it qualifies as a genuinely engaging watch, only if you are a fan of Dulquer Salmaan. (more)

devoid of soul or substance

Listening to the entire soundtrack of the movie in a good headphone, with your eyes closed, can actually give you a better experience than watching Solo in a theatre.(more)

Solo is not a movie for everyone. It is an experimental effort that ends up fascinating the eye more than it does the mind.(more)

Solo has style and soul. The reason why the film pulls through as a whole despite the needless contrivance used to link its individual parts is because the Shiva reference precedes each one, after which the stories themselves are immersive enough and the cast engaging enough for the artifice to be forgotten till it rolls around once again before the next one. This amounts to liking the film not for what the maker meant it to be, but in spite of his intentions. So be it. Solo is not a great film, but it is �good enough�.(more)

Most of the segments in Solo strike a chord with their serene and thrilling moments and the movie can be a delightful watch, if you are in a mood to explore something different. (more)

A decent experimentation if you watch without any prejudice

On the whole, the direction by Bejoy Nambiar is good even though it has its highs and lows. Dulquer delivers as Shekhar, Trilok, Siva and Rudra. Experimenting with his acting skills the actor in Dulquer has tried to be different in each film. Even though not drastically different portrayals, he has pulled off every character pretty decently and is the most powerful attraction of the movie.(more)