Despite its flaws, 'Lens' is a film that should be watched by every adult, to be more aware and vigilant about online voyeurism and its ill effects.

Vetrimaran should be commended for taking all the efforts to release this film, placing his trust on the content and the sensibility of Tamil film audience to accept such bold attempts.(more)

The film isn't subtle, even though it takes care to not make the visuals vulgar. There are also certain things that very literal � like a tragic character being named Angel, and the Salman Khan mask that Aravind uses. The background score, too, keeps telling us how we should be feeling rather than letting us feel those emotions from what we are seeing onscreen. But the biggest issue with the film is the lack of lip-sync. Agreed this has been shot in three languages (Tamil, Malayalam and English), but for this Tamil release, the English lines are dubbed in Tamil. And in a film that wants the viewer to get into the shoes of its characters and experience their trauma, this dubbing proves counterproductive.(more)

A must watch 'A' certified movie. The bold and intense plot will be more appreciated by critics and experimental movie fans.

The film's engagement might be a concern for a certain section of the audience, as it loses a bit out on that factor and stands high on emotions in the second half. However, it becomes a little predictable in the second half, and you tend to guess, how the next scene is going to be like.(more)

Lens plays out like a documentary in many ways, but one that never lets you take your eyes off screen. It talks about issues relevant to today�s times � the need to introspect before we share a photo or video, especially one that borders on pornography - but where it succeeds is the manner in which it all comes together. There's hardly any message in the format that Tamil cinema conventionally delivers, but Lens shouts for attention.(more)

A sleek, hard-hitting thriller about dark realities of internet

Lens has several traits of the Hollywood film Disconnect. Closer home, it has some of Love Sex Aur Dhokha. What's the common streak? Both the films use the internet as a vehicle for exploiting a couple's intimate moments, while Disconnect talked about young people being victims of cyberbullying.(more)

Though not meant for family audiences, the film needs to be watched by today's internet savvy generation. It is very much relevant! (more) 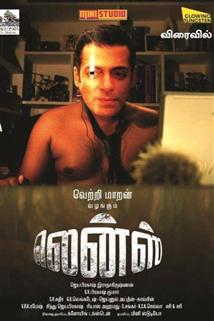