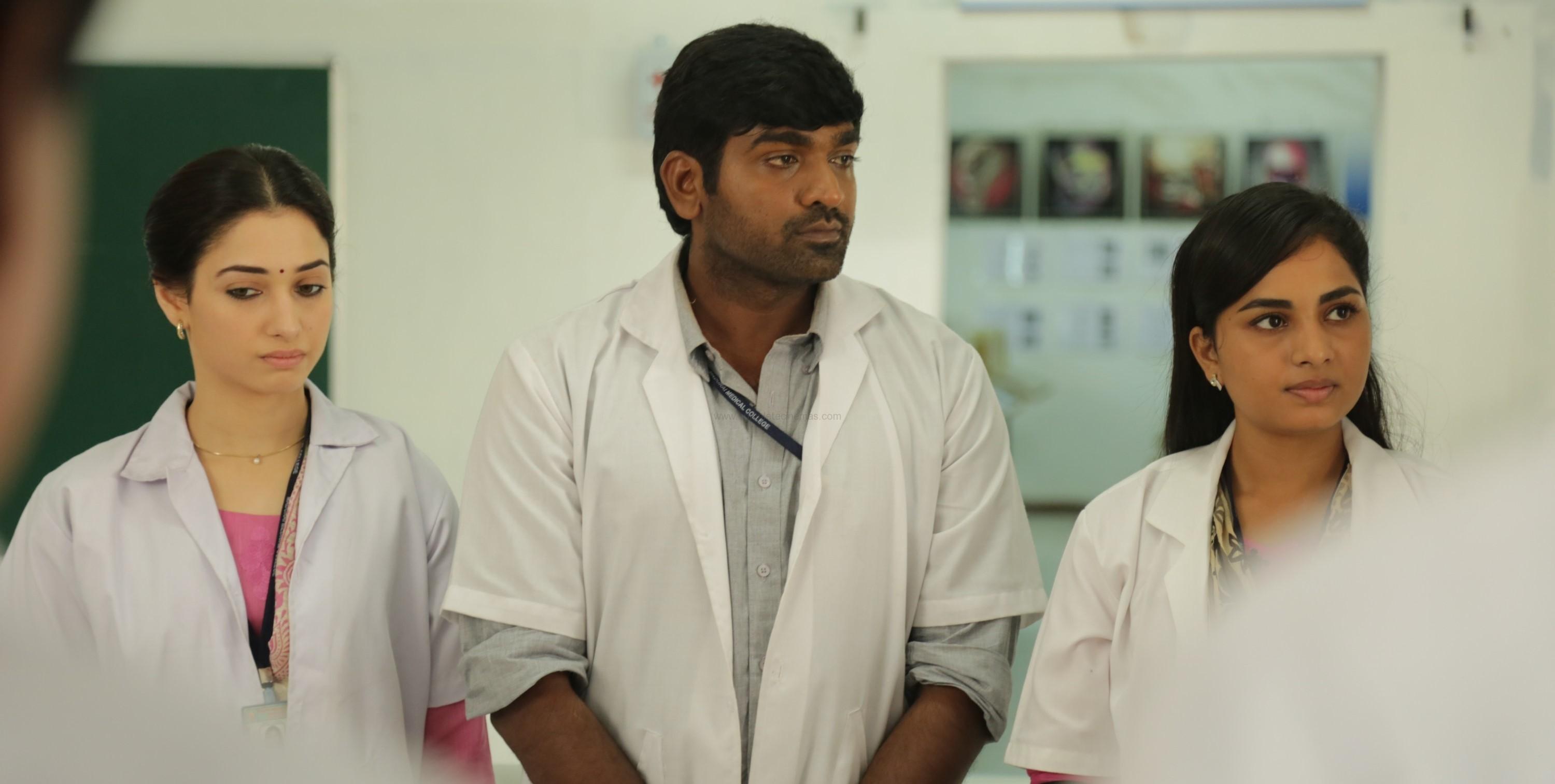 Good plot and great performances from all the lead n supporting casts. Worth a watch! (more)

POSITIVES: 1. Radhika acting as a village mom one of her best roles 2. Kanja karupu and vijay sethupathi comedy 3. Natural fights without any over scene 4. Cinematography 5.cast selection especially the family of sethupathi 6.Aishwarya's acting 7. 1st kuthu song with village beat and vijaysethupathi drunken dance gives goosebumps NEGATIVES : 1. Too long second half with dragging and bad editing 2. Some Dialogue's were over casual and unwanted during conversation. NEUTRAL : 1. Songs except the 1st kuthu were not much exciting but the visuals were good .could have given more effort . It was not surely not like yuvans songs 2. Tamana she didn't do so much of acting and also didn't impress the audience much .she looked good like in her old days of kaloori So ..... 1st HALF : just before the flash back in clg all the village portions before the flash back were awesome . The family comedy and kuthu song gave me a feel that I'm going to witness a mass entertainer like paruthiveeran but when the flash back comes it goes on the gear shifted from 5 to 2 .slow and the interval card section was a crap.people moved with mixed feelings . Mass scene - fight in clg Best scene no nothing ...in 1st half 2nd half : Nearly 1 and half hour. It become too slow and was a totaly different feeling am I watching this movie or something. With Another flash back but it was better than 1st one and had a matter in it. Saw vijaysethupathi as an complete actor vera level poitaaru. Same as interval title card finishing also summa bussnu poitu Mass scene - vijaysethupathi beating the hell out of his brothers who caused his marriage abonded. Best scene- vijaysethupathis clg rival saves him from death in climax. So overall this movie is like a up down graph changes your mood . Some scenes are exceptionally good but some sucks. Seenu the director should have looked over this .it's an absolutely one time watchable movie with your family . CAST REPLACEMENT - I can't imagine anyother person in this vijaysethupathi role RATING - 69% (more) 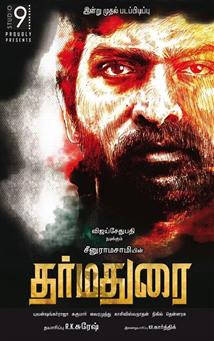