ENM disillusioned, of its Reviews that posted its grandeur, via the Movie's run stunned of its failure in impressing mostly. The poor Direction overlooked many cliches associating only a smatter of highs. Patchy work of the Screenplay let the Movie down to a new low, which might have had a chance of undoing when in the hands of the Director. Highlighting points being the Cinematography and a few Performances esp. the Lead Actress kept it together at times. Other than that it was nothing like anything from the Reviews. 2 stars for the high points that were really good (which include some shots). (more)

Richly shot and well directed real love story,Ennu Ninte Moideen chokes and delights you in equal measure.Parvathi you rock.One of the bestt films of 2015. (more) 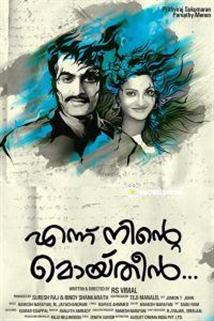