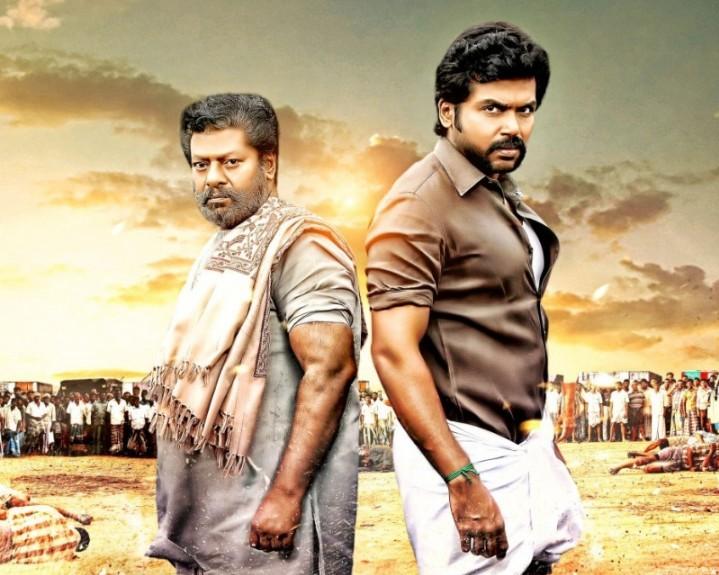 The film is just disguised as a bonding between the hero and his father in law. It is the routine bloodshed drama where the hero safeguards his family. Towards the end of the first half there is this portion which deals with the uneasy relationship between Karthi and Rajkiran. But this thread only works like a filler and an excuse to unleash more action towards the end. The film despite being predictable in the initial hour did have a certain tension thanks to the heroism that sat well on Karthi and the villains who looked deadly. (more)

Komban is a Raging Bull

Director Muthaiah has done a neat job on the screenplay, which is racy in most parts and direction is adept. Velraj's lens capture the rural essence in every frame. The bonding between the father in law and the son in law is very effective because Karthi and Rajkiran give such realistic performances. Situational comedy is sprinkled throughout the script and succeeds in bringing out the laughs.(more)

For people who have a liking towards high voltage rural action, drama and rage

Director Muthiah returns with one more rural flick that has its fulcrum around the love-hate relationship between an old man, Muthiah (Raj Kiran) and his hot blooded son-in-law, Komban (Karthi). Technically cinematographer Velraj has chosen to light up most of his frames in golden sepia tone and he also makes a short cameo. we have seen such rural rage a lot before. The stunts also get one too many. However,Bond between a father-in-law and his son-in-law is relatively untried and this has been quite decently handled by Muthiah. (more)

What really works in Komban is the milieu and the customs and rituals followed in Ramanathapuram area of south Tamilnadu and the characterization of Karthi, Rajkiran and Kovai Sarala. The way Muthiah character is portrayed and his interactions with Karthi are realistic. (more)

Same old Karthi in a show of sickle

In this endless roll of flashing knives and gritting teeth, the film tries in vain to lighten the mood with a touch of romance (between Komban and Lakshmi) and a few songs. But for a couple of interesting and hitherto unseen religious rituals (one, when the Rajkiran character goes into the forest at night with a burning stick of fire in an imaginary hunt), Komban is hardly worth the time or money.(more)

So dull that's the real controversy

M. Muthaiah's Komban have no real use for their rural settings, which end up as mere scenery. Transpose these narratives to the city and there'd be no difference except, we wouldn't see so much underwear. The goons who end up flying into orbit, courtesy the hero punches, do so with their legs splayed, and with their veshtis hoicked up we seem to be looking at endless product placement for the kind of underwear we might call rustic Bermudas.(more)

Engaging screenplay and fascinating narration by M. Muthaiah, smart bit of editing by Praveen KL and brilliant camerawork by Velraj makes Komban technically strong. Though the plot of the movie is not new to Tamil Cinema, the way it is put across with right mix of comedy, action, values of relationships and sentiments work wonders for Komban. (more)

Komban is a tedious watch

The film moves briskly. Every action sequence is dramatic, with loud, pulsating music and the furious indestructible Komban on a wild rampage. (more)

The prickly relationship between Komban and his father-in-law Muthaiah is the film's highlight. After amma, appa, akka and thangachi sentiment, it is now time for mamanar sentiment and thankfully, the director doesn't go overboard in narrating Komban's initial misunderstanding of his character and his efforts to patch-up with him. (more)

Komban is a tedious watch

Director Muthaiah ensures that he has plenty of opportunity to showcase his indefatigable energy. The film moves briskly. Every action sequence is dramatic, with loud, pulsating music and the furious indestructible Komban on a wild rampage. (more) 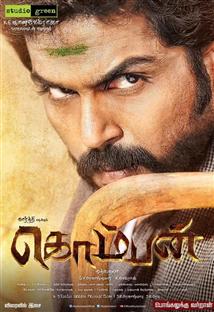