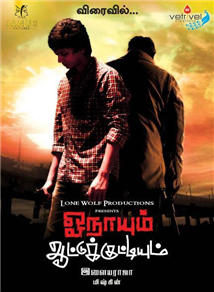 Mysskin as the ruthless assassin is as good as it gets. He needs to be stone faced for most of the movie instilling fear in those around him. His long soliloquy towards the climax where he does not even blink for a second brings out the performer in him.(more)

Mysskin back to his routes

The screenplay writer Myskin has succeeded in presenting the tale of the innocent Lamb's struggle to escape from the cunning Wolf in a gripping manner. The script and the execution is excellent barring a few sequences where the proceedings drag a bit. (more)

A dark, heavy, well made engaging suspense thriller, Mysskin returns to his form

Onayum Aatukuttiyum is a stylishly made thriller and a class act.

Shri gives a riveting performance and is an actor of substance in the making. Mysskin plays to his strengths as the killer who is trying to redeem his past and has hardly any dialogues and is convincing in the crucial climax scene. (more)

one of the interesting films of the year, that is yet another showcase for its maker.

Mysskin completely avoids going for a flashback to explain Wolf's past, and instead tells those events in the form of a story, where Wolf substitutes animals for the characters (more)