Surya has done a wonderful job. Asin seems full of energy. The two seem to make a real good pair. Harris Jayaraj’s music has added more energy to the film. A pinch of comedy is what is missing in the movie. Else the movie is a success for sure.(more)

With a finger on the audience pulse.

Writer-director A.R Murugadas' intelligence in the choice of storyline and in the weaving of the screenplay, and his directorial skill come to the fore once again in 'Ghajini'. Surya's shifting eyes, restless demeanor and fidgety hands — his striking body language — is a portrayal that will be talked about. Asin is a ravishing foil for the quiet and romantic Surya. The two make a cute pair. R. D. Rajashekar's imaginative camerawork puts things in better perspective. Antony's editing also warrants mention. (more)

Thanks a lot for Murugadoss for showing that masala movies need not be inane or insipid. The film's production qualities (the technical gloss is eye-boggling) are top class. It is an impressive story told in a very inventive manner. Surya steals the show. Asin is full of vibrant energy. The film could have done with a little more of humor. Harris Jeyaraj's music is again brilliant. Rajasekhar's camera work is also another high point of the film. Ghajini works, big time. (more)

The story is completely different and is appealing to one and all .The basic of entertainment is built in the movie and provides entertainment to the masses. Harris Jayaraj’s music has occupied an important role in popularizing the film. The camera phase by R.D Rajasekaran and editing by Antony adds power to Ghajini . This clearly shows that Surya has already and will rock the Chennai town.(more) 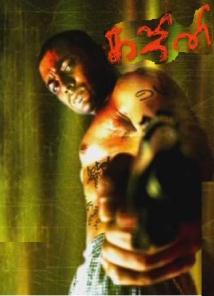