Actor Salman Khan's Bajrangi Bhaijaan was an instant hit with the global audience at the 20th Busan International Film Festival, where it received a standing ovation. The film's director Kabir Khan tweeted:

The film was screened on Tuesday at the film gala, which began on October 1 and will culminate on Saturday. Bajrangi Bhaijaan is the journey of a man who discovers love and affection while taking a Pakistani speech-impaired girl back to her country. The film won hearts and ruled the box office by crossing the Rs 300 crore-milestone. Besides Salman, Bajrangi Bhaijaan also stars Kareena Kapoor Khan, Nawazuddin Siddiqui and child artist Harshaali Malhotra. 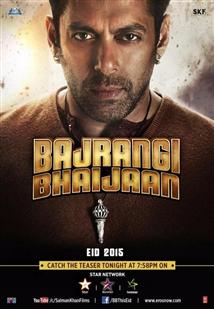