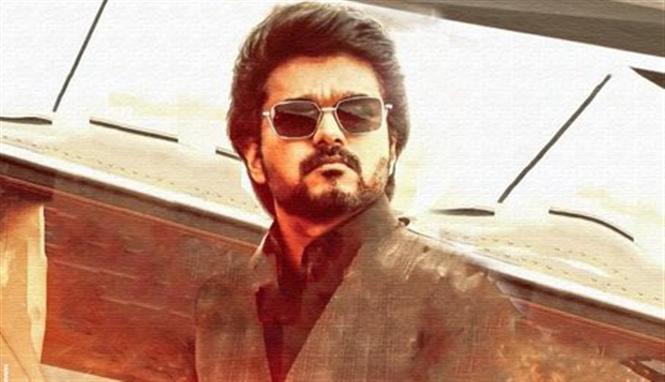 Varisu is a family entertainer starring Thalapathy Vijay, Rashmika Mandanna in the lead roles. Tollywood technicians assemble… directed by Vamshi Paidipally, produced by Dil Raju and the music is scored by Thaman S.

Wanting to be independent in his career, Vijay moves out leaving his family and the business empire behind. After a series of issues within the joint family and in the companies, the hero returns to make things right.

The story is familiar, follows the usual template, yet is sufficient enough as the initial establishment is convincingly made. The arcs are also tried and tested, but it is sure to connect to the targeted audience. The opening portions are focused, though they are delivered in a dramatic way at an unhurried pace, the film doesn’t move out from its core conflicts until a point. Take any family story, how attached the people are, what situations they go through and the rift happens, then how they feel and get back as one… even here, the basic structure is the same, but there are no good scenes to elevate any sort of sentiment. Supposed to be an emotional flick, but it doesn't touch us even to a smallest of extent. Plot-points have the scope to create momentum, but the situations are brought on-screen with spineless sequences. Company side on the other hand, feels like they have been kept to bring in some sort of heroic moments into the flick, but there is no clarity in what deals they are planning to lock and what investments they are trying to make. Prakash Raj's character fails to be a threat of any sort, so there are no challenges to drive the script, his portions in the second half are very blunt and boring. Climax passes on a valuable message, but what we are actually in for is absent, just a namesake emotional entertainer.

Vijay is a show-stealer for life. He's capable of carrying anything on his shoulders, same way he has strengthened the film by his effortless screen presence in a lot of scenes. Sarathkumar has a good role and he has done it decently. Likewise, Jayasudha is good as an emotional mother. Her scenes with Vijay worked well. Rashmika Mandanna is just an extra addition here, no scope for her, appears to fill the romantic space and dance numbers. Prakash Raj, Prabhu, Shaam, Srikanth are all miscasts and have gotten weak characters to play, they lack the punch, such bad casting choices. Yogi Babu is a good relief here, his combination scenes with Vijay are enjoyable as their conversations are funny.

Thaman S has given a likeable album, He has scored well with respect to the background score, he has tried his best to present the family scenes with the intended essence and as always the musician has delivered the hero elevation moments powerfully. Camera work is terrible, feels so mainly because of excessive green mat shots as they look so evidently fake on-screen, and looks like DI has not been done properly. Old-school editing with split screen frames and too many lags. Poor VFX from start to finish, edges of the artists are evidently visible and the green mat shots are brought to screen in a nasty quality. Dance choreography is solid, and Vijay proves his mettle once again in gracefully presenting himself in the songs. Stunt choreography is decent, nothing exceptional and the star has been made to do some of his signature style body language that are fans-friendly.

A light-hearted film that could have been related if it had been executed well, Thanks to Vijay and Thaman, despite many issues, the film stays as a fairly watchable entertainer largely due to them.