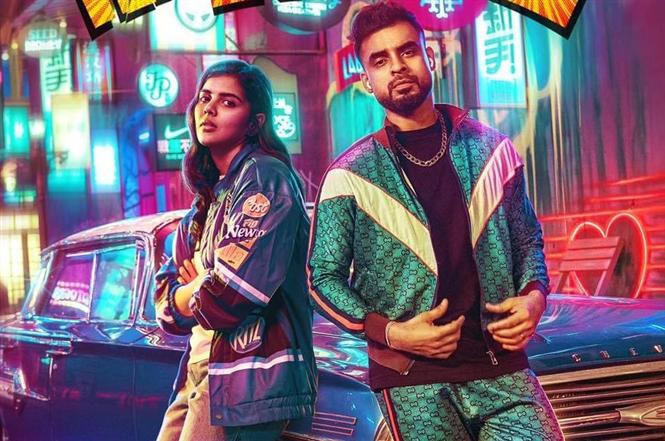 The movie is about a chain of fights, like the title suggests. Several small gang fights leading to something big, narrated in the non-linear pattern.

The director has a very unique voice and that replicates in every frame of the film, so the impression is a nice refreshing one. The new-age treatment does the trick and it does help to hide the flaws in the film. To sum the movie, it is a compilation of multiple subplots coming together. If seen in the linear form, all the stories are extremely simplistic and wafer-thin, the racy screenplay structure kind of stops the audience thinking too much. It’s purely a no-brainer, but we don’t get to feel that way as there are enough quirky cinematic elements to keep us thrilled. Most likely due to budget constraints, a tiny part of the storytelling was in animation form with voiceovers to explain. The jokes are very naturally written, easily relatable like how a gang of friends would interact and hence instantly laughable. The idea to execute such peculiarly is a gutsy choice, though the flavour is commercial, the presentation style is indeed experimental. A couple of crazy action stretches have come out excellently, the conviction to deliver something challenging is evident. I couldn’t feel the 150 minutes runtime anywhere as every sequence had that driving force to move things forward quickly, too many memorable wacky moments to cheer for. Even the final frame of the film is unimaginably entertaining.

Tovino Thomas fills the void of an energetic hero material in Malayalam Cinema now, Minnal Murali followed by this. He has trusted the team completely and has given his best. Kalyani Priyadarshan suits her role neatly, although her character could’ve been written better, she played her part in style. Shine Tom Chacko has been utilized to perfection, he is such a psychic performer and could witness it in the finale portions, his expressions and body language were top-notch. There are plenty of new faces playing supporting roles in the movie, and the unknown cast performs brilliantly. They all get to fight, crack jokes and what not, good importance and the presence is swag too.

The filmmaker has realised the fact that a movie can be out-of-the-box only if all the departments work with the same clarity, and he has approached the entire technical crew with a variety of innovative ideas. The songs might not be great to listen to, but they give a whole new experience when seen along with the movie. The choreography for all the tracks are different and delightful to watch. Background music is peppy and drives the film superbly, potential prop sounds are used, sound effects and BGM are in perfect sync. Heavyweight work for the cinematographer and team, such a wide range of shots have been planned and captured, very well conceived and visually the movie looks absolutely stunning. Enthralling editing from start to finish, as the transitions and intercuts must have been decided on paper. Stunt choreography is truly stunning, showcasing several fight scenes in the perfect masala manner and at the same time they were very realistically presented. Costumes make a style statement and adapt with the colour palette beautifully.

When every department of a film is firm to deliver something very passionate, this is what we get, an unique theatrical experience. The impact could’ve been stronger if the various plot points of the script were more complicated rather than being basic. 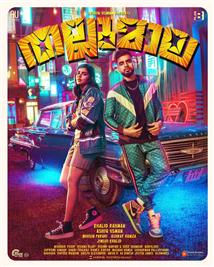