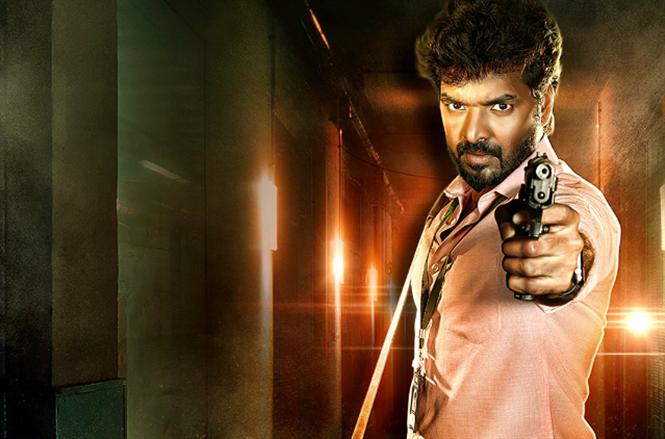 Yenni Thuniga is an action thriller starring Jai in the lead. This film has been produced by Sam Suresh for Rain of Arrows production and is directed by SK Vetriselvan.

The story is a play between a regular revenge drama and an extremely regular diamond mafia group. A series of very predictable and convenient scenes form the crux of this film.

The film also struggles to take off on a high note as the screenplay tries to present multiple fragments of character/scenario intros without a cohesive narration.

The film must be appreciated for the interval block as the twist comes at you when you least expect it. That does form a gripping part of the second half of the story. This point finally gets all of us interested in where and how this story advances.

Actor Jai as Kathir tries to deliver optimal performance for the character he shoulders. However, one cannot help but wonder how a simpleton like him is suddenly clashing head-on with some of the biggest goons (as referred to in the story). It is not a rare sight in Indian films for a regular next-door boy suddenly rise to the occasion. But in the case of Yenni Thuniga, the arch is quite sudden and absurd.

Other actors like Athulya Ravi, Anjali Nair, Vidhya, Sunil Reddy, and Vamsi Krishna shine in select scenes and do a neat job. Their performance doesn’t come in the way of the film’s route. We do notice some budget constraints the film may have gone through. The makers of this film could have tried to bank on the content they had and avoided the unnecessary song placements and drag in establishing the romance between the leads in the first half. This way, the film may have become consistently grippy.

There are no complaints about the technical aspects of the film. Sam CS makes an impact with his trademark Vikram Vedha style of background score while songs lack the power to make it to your playlist.

A bunch of regular things makes this action thriller a not-so-thrilling outing. However, Yenni Thuniga is a harmless one-time watch. 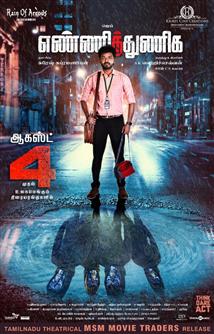