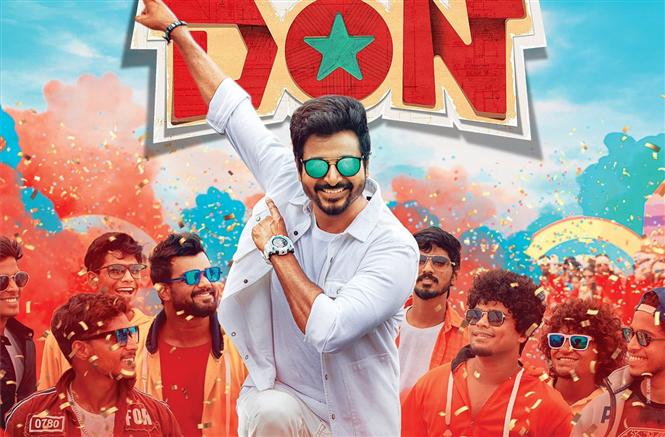 Premise: Sivakarthikeyan as Chakravarthy is an Engineering college student who is roaming around without taking his life seriously. There is a point where he finds his talent and passionately starts to concentrate on that path. What happens in his life after that forms the remaining story.

The idea of the film is the evolution of the central character, the plot points used as the realization factors for the hero to move forward in life is good and easily relatable. But the presentation style is clichéd, so the emotions don’t hit as hard as they should have. Takes itself too seriously, tries to tick all the boxes by adding too many sentiment angles, there is one between the lead pair, teacher-student, and there is also a father-son portion. All the above mentioned dramatic elements are important value additions for a life story, but here the well-knit thread between these chapters is missing. The flow feels clumsy, scenes are so randomly placed without tidiness. But as episodes, it is watchable in terms of engagement as certain portions are fun and some are boring. There are some memorable entertaining sequences like the Soori being the imposter as SK’s dad, pre-interval stretch and the examination for teachers portion are crazy and worked so well. School portions are enjoyable, but the love track becomes tedious in the later half. On the whole, the screenplay is engaging in parts.

Sivakarthikeyan is back to his best zone, which is being an actively sparkling star on-screen. His presence is superb throughout especially in the happy scenes. He has done well even in the serious dramatic portions with measured reactions. Priyanka Mohan shines in the initial parts, but falls flat later on and here she is not as impressive as she was in her previous film Etharkkum Thunindhavan. SJ Suryah has given his best, his dialogue delivery is subtle at many places, it was quite a relief to see him coming out of his loud zone, but because his character wasn’t penned that well, he is not striking enough. Bala Saravanan, Mirchi Vijay have good space as the hero’s friends, they utter some decent one-liners that offer smiles here and there. On the other hand, new-comer Shivangi overacts. Soori appears mostly as a neat character artist and scores a sixes in one funtastic parent-teacher meeting situation. Munishkanth and Kaali Venkat aren’t that impressive, their roles and humour are below par. Samuthirakani is tailor-made in a strict father role, he has played his character so well and that saves the final act despite average writing.

Anirudh’s songs are already chartbusters, the opening track ‘Jalabula Jangu’ glitters on the big screen with some energetic dance steps, many appealing long single-shot steps by SK. There is also an additional bit-song that helps an emotional situation. Nothing exceptional with respect to background score, but Ani has provided what’s required for the subject. Colourful camera work throughout the film which makes the visuals refreshing, the night shots are also clearly shot and presented. Editing lacks punch, there are places which would have landed better with crisper cuts, like the college culturals, etc. Also tweaking the narration a bit in the post-production and changing the scene orders a bit could’ve made the progress more fluent.

On and off in terms of engagement, there are some solid fun theatre-friendly elements at places, but overall a brisk screen-writing and proper links between one scene and another would have made it an effective film. Nevertheless, conveys a good message for all age groups without stressing the base emotions too much.